Protest against EU proposal for Kosovo 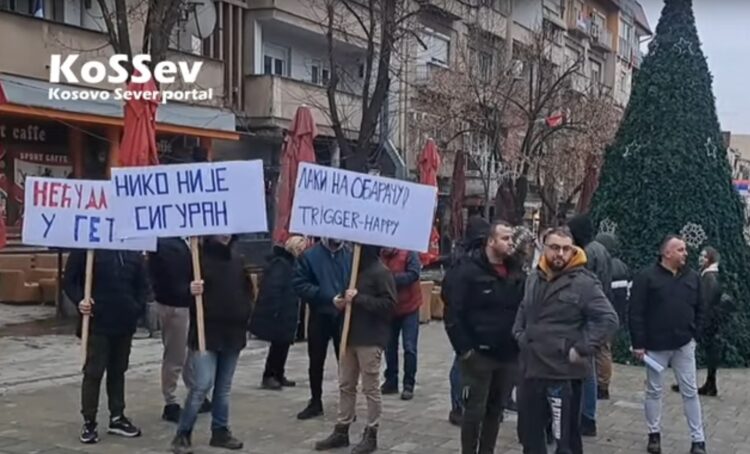 A group of Kosovo Serbs staged a protest in Mitrovica North, warning Serbian President Aleksandar Vucic not to accept any agreement which would not include the Community of Serb Municipalities.

The crowd of some 30 people carried banners saying No One is Safe and I Won’t Live in a Ghetto. The gathering was organized by the Serb Survival NGO to protest the Franco-German proposal to resolve the Kosovo issue which the European Union has endorsed.

The NGO’s chief Aleksandar Arsenijevic said that the message to Vucic is that “there can be no new agreements or new negotiations without the Community of Serb Municipalities”. He added that the Kosovo Serbs are full of “fear and defeatism”.