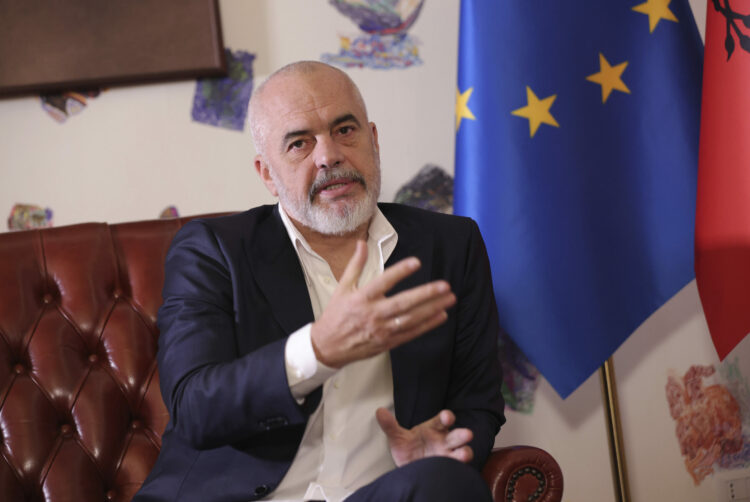 Albania’s Prime Minister Edi Rama said that the European Union (EU) – Western Balkans Summit, scheduled for December 6 in Tirana, demonstrates the EU’s heightened geostrategic interests in the Western Balkans region during Russia’s war in Ukraine, and stressed that the EU needs especially to work “closely with Serbia,” which has not joined the EU’s wartime sanctions on Russia, reported the Associated Press (AP) news agency.

“The moment is fantastic. Nobody could imagine this only until two years ago, and now it’s happening,” Rama said in an interview with the AP.

Rama is set to host the one-day meeting on Tuesday that is aimed at rekindling the EU’s expansion process, while the focus of the summit, says AP, are the Western Balkans countries – Albania, Bosnia, Kosovo, Montenegro, North Macedonia and Serbia.

According to the Albanian Prime Minister, who previously criticized the EU for slowing down the accession process, the war in Ukraine has provided “a reminder of the region’s vulnerability” and given the EU an incentive to bring the Western Balkans nations “into Europe’s democratic fold.”

Rama also said that the Union needs especially to work “closely with Serbia,” which has not joined European sanctions against Russia.

The Albanian Prime Minister called the Tuesday meeting in Tirana “the most important event in the history of (Albania’s) international relations,” noting that the former communist country was until 1990 “cut completely out from the world and from Europe.”