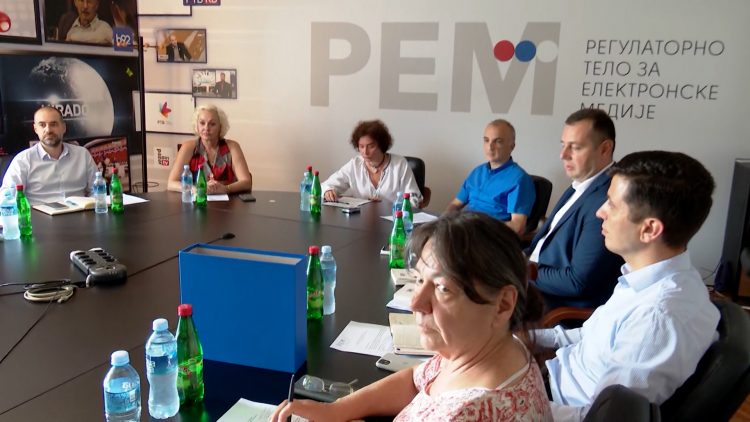 The Regulatory Authority for Electronic Media (REM) Council has decided to suspend this institution’s work, said REM on its website. The reasons for this decision are, as it said, numerous, but it pointed out that “they culminated in the fact that, in the recent days, the independence in the work of and the safety of Council members as well as of all REM employees has been seriously threatened.”

REM said in its statement that it has been exposed for years to pressures from a part of the opposition political parties, independent media and a part of the civil sector organizations, which directly threaten its independence in performing its work.

“However, when the N1 and Nova S television stations did not get a license in the competition, the pressures that REM was exposed to can be compared with a direct call for the lynching of the entire institution and individuals in it. With the calling of the competition for the so-called fifth license, the pressure turned into open threats. Despite the fact that the Law prohibits pressure on Council members and employees of REM services in the process of their deciding on the competition documentation, the threats are growing increasingly stronger,” said the statement.

REM Council member Judita Popovic told N1 that the government in Serbia is the one responsible for hindering the independence of the REM Council, adding that she does not feel threatened.

“REM’s independence is threatened, but the address is wrong. The civil sector, the opposition parties and the independent media are the wrong address. We all know very well who is threatening REM’s independence, and that is primarily this government,” said Popovic, adding that the REM meeting on Thursday was unnecessary and hasty.

REM added that a swastika and the acronym REM were drawn on Thursday on the entrance to the building in which the deputy REM Council chair lives, and noted that the same Nazi symbol was also drawn in the same place several months ago.

“It is clear what kind of message such symbols send. Seemingly disguised by a struggle for media freedoms, with black screens and black swastikas these quasi-journalistic, quasi-political and quasi-democratic scourges summon the ghosts of the past, totalitarianism, single-mindedness, lynching and persecution. Such pressures are directly contrary to democratic principles, which are based on the assumption of tolerating different opinions and institutions’ independence,” said REM.

Finally, at the end of its statement, the REM Council called on all political factors who “put Serbia’s betterment ahead of their self-interests to stand up in the defense of the Regulatory Authority’s independence and enable its unhindered work in line with the laws of the Republic of Serbia.”