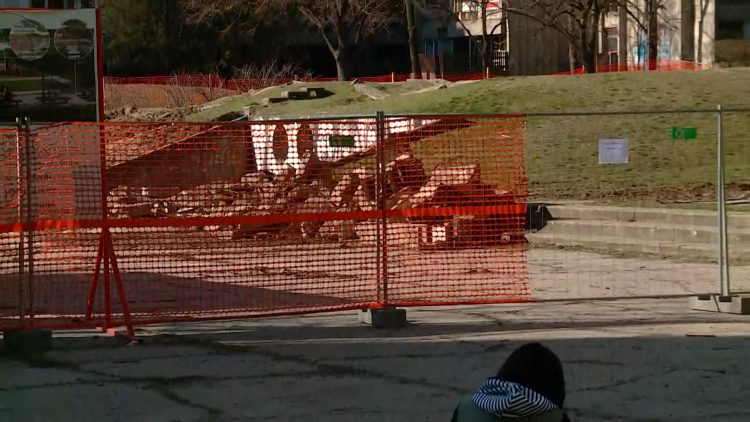 Some residents of Block 23 in New Belgrade are concerned about the reconstruction of the area which is in the collection of the Museum of Modern Art in New York because of its cultural and historic value.

Nothing should be done in the block that could spoil its authentic appearance, but the city authorities still started the reconstruction of the large park within the block.

The residents demand that the works be stopped, said Goran Sobic, one of the tenants.

He said that in January 2021, a decision was made to arrange the central zones of New Belgrade for the project of spatial-historical-cultural units that are protected by the measures of the Institute for the Protection of Monuments of the City of Belgrade.

„One omission happened here because someone from the Institute certified the plan for the contractor, Gradski zelenilo, although the plan does not state that demolition will be done or that demolition is allowed, but only that the park will be arranged,“ he said.

He added that the tenants sent a letter to the company explaining that there was an omission, but that institutions that “remained deaf” to their appeal.

He explained that the block has a lot of „intangible values“, including murals painted by academic painter Zoran Calija.