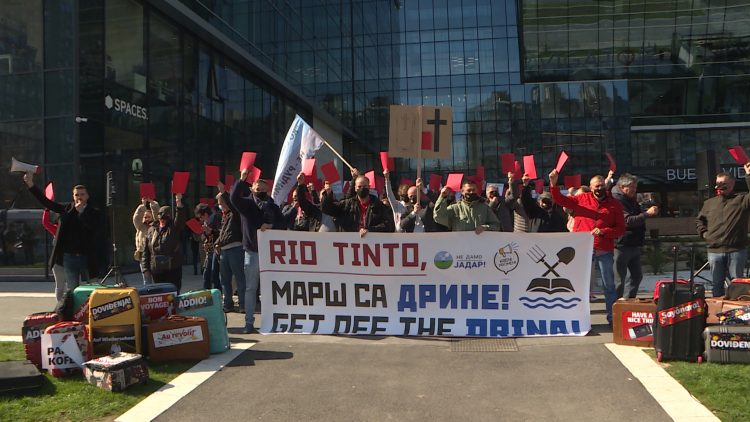 The claims about Jadar, Drina and even Sava river's possible pollution are untrue, the Rio Tinto company has said on Friday, following environmental protests against jadarite excavation.

„We are aware of the current events in Belgrade and fully understand the concerns of citizens about the environment because we, employees and our families and children, breathe the same air and live on the same land as our fellow citizens who are protesting today,“ Rio Tinto, an Anglo – Australian multinational company and the world’s second-largest metals and mining corporation, producing iron ore, copper, diamonds, gold and uranium, said in a statement.

It added a part of the concern is based on the lack of information about the project.

„This is understandable since the project is in the phase of drafting a Feasibility Study and the Environmental Impact Assessment Studies, which will provide detailed answers to the citizens’ questions,“ the company said.

It added the studies would be subjected to the public debate, warning about what they said were „many untruths in public about the project.“

„One of the claims is that the rivers Jadar, Drina and the even Sava will be polluted, which is an absolute untruth. The company will invest between 30 and 40 million Euro in the wastewater treatment plant alone. We plan to focus on environmental protection with over 100 million Dollars. Still, we can expect that after the completion of preliminary and main projects, more will be needed,“ Rio Tinto said.

According to the statement, regardless of the support of state institutions the ‘Jadar’ project has, the company „understands and respects the fact that the local community will raise issues related to the project of this size and importance.“

„The basic precondition for the development of the project is a partnership with local communities. For that reason, we are committed to close cooperation with each other, to answer all questions within the preparation of the Study on Environmental Impact Assessment,“ the company said.

It added that „we all need to recognise and accept our role in tackling climate change and the global green transition. We believe that lithium has a vital role to play for a low-carbon future. Lithium is also an important resource for many new technologies that will enable Serbia, Europe and the world to transition to a greener and digital future.“

The statement hasn’t referred to one of the local population’s main complaints about „1,500 hectares being directly endangered by the project and 22 villages with 19,500 people that may be affected“ by Rio Tinto mining.

The people from those villages, supported by several environmental organisations, protested in Belgrade outside the company’s headquarters on Friday, showing Rio Tinto a red card and telling them, „go away. We don’t need your Euro.“

Biljana Stojkovic, the Belgrade University Biological Faculty professor, told the rally that there were three responsibilities in the issue – Rio Tinto’s that were not seen anywhere they were, adding they left behind polluted land, water and air. The other responsibility lies with the state, but it does not show it either because it only cares about profit and personal privileges, Stojkovic has said.

According to her, the third responsibility lies with the citizens. She asked if Serbia’s people were „worse than the Germans, the French and others who did not allow Rio Tinto to come to their countries? Is everything okay with us if we allow this?“ 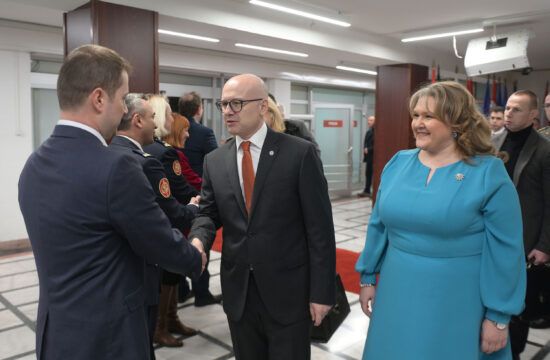