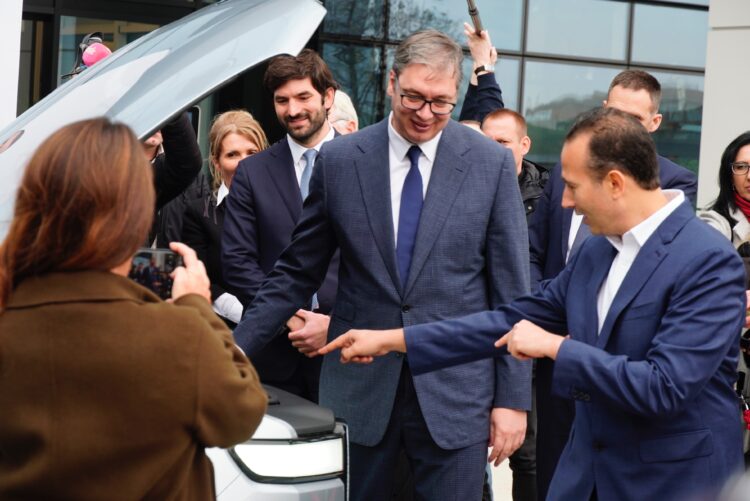 President Aleksandar Vucic said at the opening of Rivian technology center in Belgrade on Thursday that Serbia is the only European country that managed to attract the electric vehicle maker.

Vucic said that the Serbian authorities invested effort to bring Rivian in for more than a year. “I saw young motivated people who are well paid and who will stay here,” he said. According to the president, Serbia-US trade will total 1.4 billion Dollars this year, or 33 percent more than in 2021.

US Ambassador Christopher Hill told the ceremony that the company fits into Serbian culture while Rivian VP Software Development Wassym Bensaid said that the company got support from the authorities to come to Serbia adding that Rivian chose Belgrade with its active technology scene because it needs the best engineers.