Roadblocks against Rio Tinto in Serbia end, new next weekend; Support from BiH 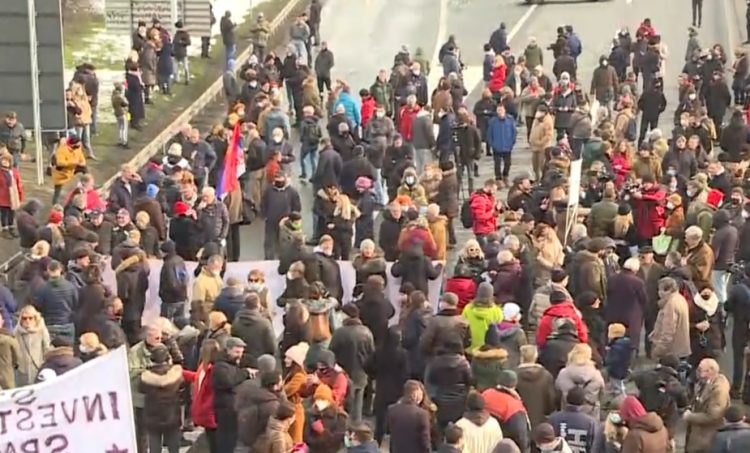 As the environmentalist organisations announced, the roadblocks across Serbia started at 1 pm on Saturday, ending after an hour or hour and a half without the uniformed police presence and with a few verbal incidents with nervous drivers.

The people blocked traffic at several locations, including the border crossing with Bosnia and Herzegovina in the west.

There were fewer demonstrators than during the largest Saturday’s protest in December, after which the authorities met demands to annul one law and amend the other. But more gathered than during the last protest. The activists say it is essential that the demonstrations do not fade out and announce a big rally in Belgrade next weekend, adding they will call for an hour of a warning general strike.

One of the leaders of the ‘Environmental Uprising,’ Aleksandar Jovanovic told N1 during the Belgrade protest the protests in Serbia would not stop until the Government decree on the Spatial Plan for the Rio Tinto’s Jadar Project’ was annulled.

He added that the request was an „acute matter“ and pointed out that there would be no retreat until it was „resolved“.

„(Serbia’s President) Aleksandar Vucic knows what to do. We will soon bear him out,“ Jovanovic said.

Zlatko Kokanovic from the ‘Ne Damp Jadar’ (We Don’t Gove Jadar) organisation said that „people came from (the northern city of) Novi Sad, Sabac, people from (the northern town of) Temerin called to support us. Also, we are backed by 15 NGOs from BiH fighting there for clean air and the healthy Drina River. This story went beyond Serbia’s borders.“

A few verbal incidents occurred between nervous drivers and demonstrators who only let ambulances, people with children in cars, and those who said were heading to funerals. Some drivers said they were not informed about the protest.

A more serious incident happened at the roadblock in the western town of Sabac, when a driver knocked a man down trying to get through the crowd.

The ambulance arrived quickly and treated the man who said he had pain in his legs and was shocked.

Sabac was the site of a much bigger incident during the protest in December with a man trying to drive an excavator through the crowd. A protester climbed on the machine and punched the driver to make him stop.

The activists blocked the border crossing on Saturday in an attempt to radicalise protests in spite of Prime Minister Ana Brnabic’s warning the state would react in such a case.

Despite some authorities’ concessions, the activists said they would not give up protests until the Government published all documents related to Rio Tinto’s plan to mine lithium in western Serbia and annul them.

As was the case during previous protests in December and earlier in January, the uniformed police were not present. Reporters say plainclothes police officers have been noticed.

In the meantime, an unrelated rally was held in Belgrade when the residents of the part of the city gathered to say no to constructing a business and residential object of 47,000 square meters.

Belgrade Deputy Mayor Goran Vesic promised the New Belgrade residents that nothing would be built between the buildings in that part of the city.

However, the residents said unless they got something in writing, they „don’t believe (Deputy Mayor) him when he says his name is Goran Vesic.“ 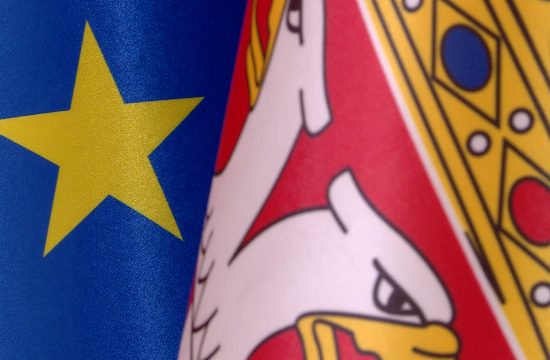