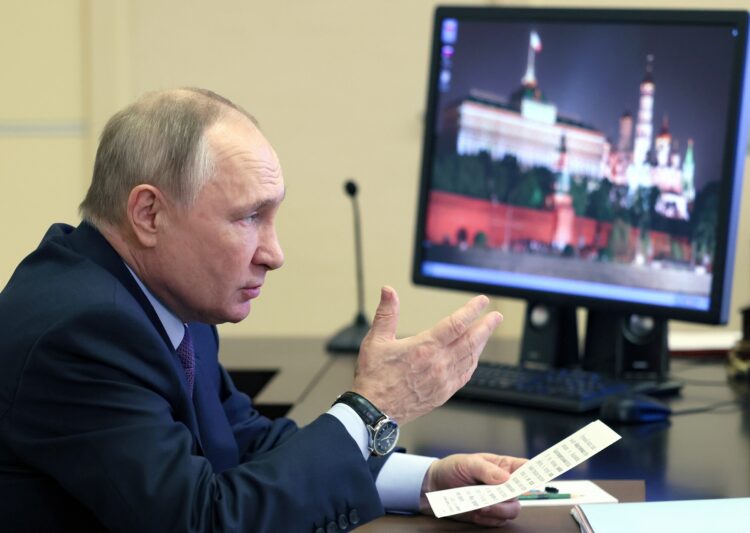 A participant in last year’s Russian opposition gathering in Belgrade said that the appointment of Aleksandar Vulin to head Serbia’s top security agency was a dangerous signal.

Lawyer Dimitriy Zahvatov said in an op-ed piece for Nova daily that the appointment of the man who ordered the wiretapping of the Russian opposition gathering sends a “dangerous signal to everyone who advocates democracy, pluralism and human rights”. Vulin denied reports that he handed transcripts of the Russian opposition seminar to Russian national Security Council chief Nikolai Patrushev during a visit to Moscow.

“Despite the objections by the European Union to the wiretapping of the Russian opposition in Belgrade in May 2021, former Internal Affairs Minister Aleksandar Vulin has been appointed head of the Serbian Security Information Agency (BIA). This appointment should send a signal to Serbian advocates of democracy, pluralism and human rights that the Serbian government, contrary to reason, is continuing to develop its links to the Putin regime’s leadership which is responsible for the aggressor war against the kindred, Slav people of Ukraine and for human rights violations in Russia and abroad,” Zahvatov said in the piece.

“Of course, every government of any sovereign country has the right to decide independently on issues of foreign policy, international alliances and cooperation with other countries on various international issues. The second thing is that cooperation with rogue countries was never beneficial to the people in the countries planning to develop that cooperation. The greatness of a country is not determined by the size of its territory, the number of tanks, shells and nuclear warheads. The true greatness of a country is determined by its efforts for the benefit of its citizens,” he said.

“To clear up what “Great” Russia Vulin and the Serbian government have decided to cooperate with in “the fight against colored revolutions”, I will give you some facts. The population of Russia is about 140 million people. In Russia, 22.6 percent of the population live in houses with no sewers and are forced to use outhouses, including in winter when temperatures drop to belive 20 or 30 degrees. That means 31.5 million people – five times more than the population of Serbia. In Russia, the pensions are 200 Euro a month and once the bills are taken out of that, the figure drops to 150 Euro which is barely enough for the oldest citizens to keep from dying of starvation.

“The number of political prisoners and people that the Russia authorities process through criminal proceedings without sentencing and the number of people persecuted for their religious beliefs will soon be more than 1,000 and the political prisoners include the participants in the Belgrade seminar, my friends Andrey Pivovarov and Vladimir Kara-Murza, who have been imprisoned by the Vladimir Putin’s personal regime only because they want better lives for the citizens of Russia. The number of people sentenced for taking part in peaceful gatherings with huge fines or prison terms ranging from days to a month is close to 80,000 since 2016 – which is almost half the population of Nis or Kragujevac.

“If the Serbian people truly do love Russia and the Russians, they can draw the right conclusions about whether the Serbian government should cooperate with the Putin regime which is responsible for turning Russia into the monstrous state that I described above. This cooperation will not benefit the citizens of Russia nor the citizens of Serbia in whose name deals are being made with the Putin regime. This cooperation can only benefit the Putin regime and help it continue its course of political repression inside Russia, continue the illegal war against Ukraine and continue “squeezing the life” out of the citizens of Russia for its own personal wealth.

“Cooperation with the Putin regime cannot and will not create a good investment environment in Serbia which is crucial to the well being of the citizens of Serbia. I would like the Serbs to know that the Russia that they turn to thanks to our common history is now in jail where it has been put, among others, by Patrushev who Aleksandar Vulin bowed to and turned over the transcripts from the Belgrade seminar,” Zahvatov said in the op-ed piece.