Second day of protest against COVID passes in Serbian capital 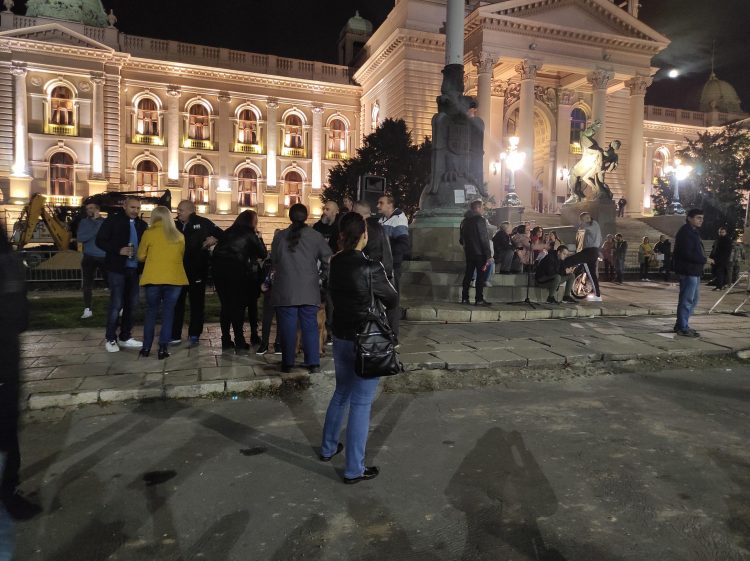 A small crowd of people protested for a second day in Belgrade against the introduction of COVID passes.

The group of around 200 people gathered in front of the Serbian parliament as they did a day earlier. Some of the protesters told N1 that this is their way of fighting for freedom of movement which, they said, is limited with the introduction of the COVID passes.

The crowd blocked part of the street in front of parliament, even stopping an ambulance which was allowed to pass after a few minutes.

Crowds gathered in front of Parliament in Belgrade and in the central square in the southern city of Nis on Wednesday to protest against the COVID passes which were introduced by the government earlier that day.