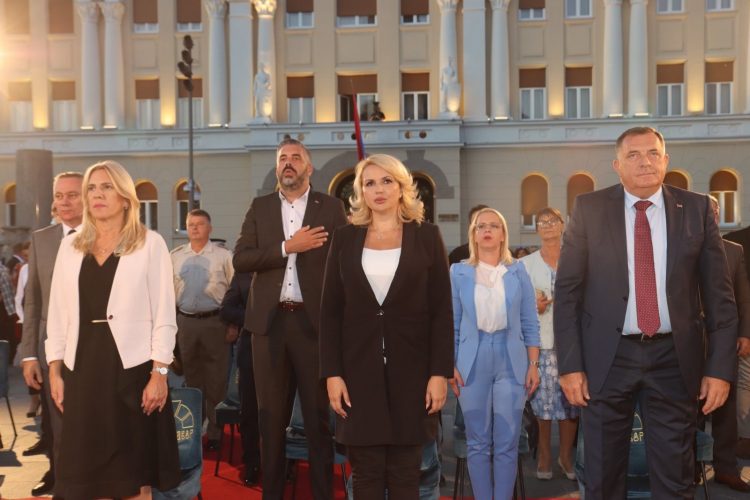 Bosnian Serb Presidency member Milorad Dodik stated at the Ceremonial Academy on the occasion of the Day of Serb Unity, Freedom and National Flags on Tuesday that there has never been greater unity between the country’s Republika Srpska (RS), Serbia and the Serbian Orthodox Church (SPC).

He said that the Serbian Orthodox Church did everything to preserve the Serbian language, alphabet, baptismal glory and identity.

RS President Zeljka Cvijanovic assessed that priority tasks for the RS are links with Serbia, as well as improving mutual cooperation.

“We want peace, stability and prosperity, both for our citizens and for everyone else in the region,” Cvijanovic stressed.
Regardless of the “senseless obstructions” from Sarajevo, the implementation of strategic projects, such as the construction of the airport in Trebinje, the Buk Bijela hydroelectric power plant and the Banja Luka-Belgrade highway will continue, she stressed.

“The Serb people are one and undivided, our past, present and future are the same,” said the Ministry of Labour, Employment, Social and Veterans’ Affairs of Serbia, Darija Kisic-Tepavcevic.

She conveyed the congratulations of the President of Serbia, Aleksandar Vucic, with sincere wishes that the RS perseveres in its struggle to preserve the identity of the Serb people in BiH.