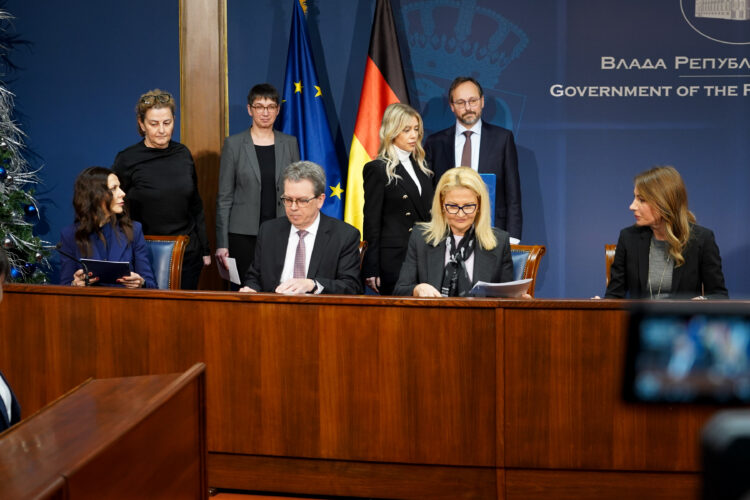 An agreement on a donation of 8.5 million euros for the realization of the fourth section of the Trans-Balkan Corridor power transmission system was signed Monday in the Serbian Government.

The director of Serbia’s transmission system operator Elektromreza Srbije (EMS), Jelena Matejic, said that, in terms of value, this project is the largest that the company has implemented.

She noted that the project’s second section was completed last year and that works on section 3 should start in the first quarter of 2024.

Serbian Mining and Energy Minister Dubravka Djedovic said this is yet another step towards improving the energy stability and security of electricity supply for people and companies in western and central Serbia.

She stressed that the 83 kilometers of the power transmission system that will be built will make Serbia’s electricity grid safer and that 120 kilometers of this network has so far been built, from the city of Pancevo to the border with Romania and between the cities of Kragujevac and Kraljevo.

Head of the European Union (EU) delegation to Serbia Emanuele Giaufret described the project as a turning point for Serbia on its path to the EU.

“The Trans-Balkan Corridor will provide energy that is better, safer and greener. It is a product of good cooperation and joint efforts to ensure energy efficiency, stability of energy supply and a greater share of renewable energy sources,” said Giaufret.

Germany’s KfW Development Bank is helping the project with 90.3 million euros for the construction of sections 2 and 3, between Kragujevac and Bajina Basta.

The total length of the part of the Trans-Balkan Corridor in Serbia is 321 kilometers, while the entire Corridor is expected to be operational in 2027.