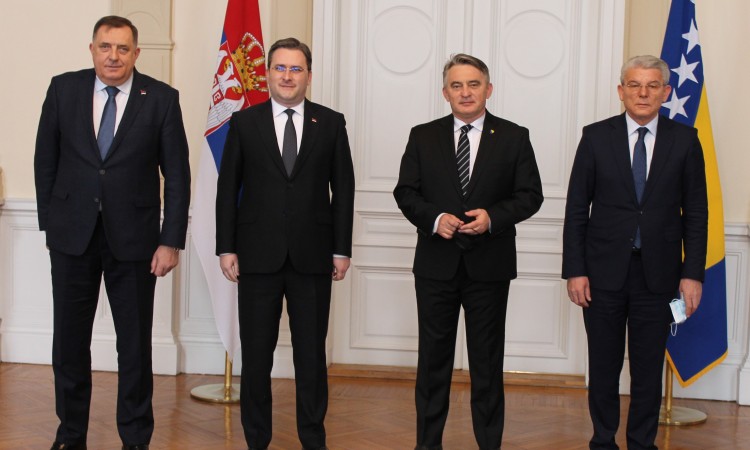 Serbian Foreign Minister Nikola Selakovic stated on Thursday that the situation in which Serbs stand out as a problem in Bosnia and Herzegovina is not right and that only the worst things are being said about the Bosnian entity of Republika Srpska (RS), while on the other hand "another constituent people in BiH emphasizes that its main political goal is to abolish the RS."

“It is not fair and it is not right to have a situation in which everyone will attack the RS and say only the worst things about it, while having a constituent people who not thousands, but hundreds of thousands of times acted towards the RS in a way that they unequivocally and clearly made their only and main political goal of abolishing the RS known,” said Selakovic.

Selakovic pointed out that problems in the country certainly exist, but that they are also the result of a long-term absence of any response to the appeals of the President of Serbia, Aleksandar Vucic, to the situation in BiH.

He recalled that from 2017 to 2020, as Vucic’s Secretary-General, he attended Vucic’s meetings with foreign officials countless times and that there was not a place in the world where, as someone who knew the region well, the Serbian President did not warn his interlocutors about the problems facing Bosnia.

“When it comes to BiH, we want to have the best relations with the country. We want the best possible relations with Bosniaks as a people because Bosniaks don’t just live with Serbs in BiH, but also in Serbia, and for us such an approach to solving problems is crucial,” Selakovic pointed out.

As for any agreements and problems in BiH, Selakovic mentioned that “everything that the three constituent peoples and two entities agree on is sacred to Serbia” adding that he will respect that and “he will fight for it.”