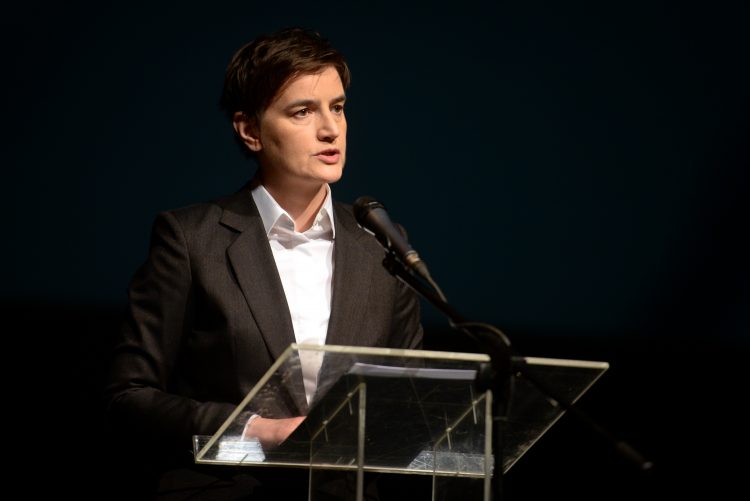 The Serbian government marked the 18th anniversary of the persecution of Serbs across Kosovo with a formal gathering in the National Theater which was addressed by Prime Minister Ana Brnabic but was not attended by President Aleksandar Vucic.

Violence broke out across Kosovo on March 17, 2004 when Kosovo Albanians attacked local Serbs, destroying more than 800 houses and setting fire or otherwise damaging some 35 churches and monasteries. Video of violence showed men climbing onto Church spires to tear down crosses, crowds hurling stones at columns of cars fleeing the scene. The violence claimed the lives of at least 19 people (8 Serbs, 11 Albanians) with about 1,000 others injured, included KFOR troops and the EULEX police. Some 4,000 Kosovo Serbs were forced out of their homes leaving a number of towns and villages without any Serbs.

Some of the perpetrators of the violence were taken to court and were given lenient sentences. None of the organizers were identified.

The direct cause of the violence was reporting by Albanian-language media which blamed the drowning of three Albanian boys on local Serbs a day earlier. The OSCE said in a March 2004 report that the media reporting was reckless and added that the violence might not have happened without it.

Prime Minister Brnabic told the gathering on Thursday evening that Serbia would not allow a repeat of the March 2004 event anywhere in the region. “The international forces did not do enough to safeguard the lives and property of the Serbs in Kosovo while the pogrom was ongoing and the authorities of the time did not take any of the steps that it was obliged to take under the Constitution,” she said.

According to Boris Tadic who was President in 2004, the Serbian authorities could not have prevented the pogrom because any attempt by the police and military to enter Kosovo would have meant a clash with the NATO-led KFOR.

“People were mercilessly killed and expelled just because they were Serbs, adding that there are no Serbian street names in any town or village south of the Ibar river.

Brnabic said that Serbia today is “incomparably stronger” than it was in 2004 as an economic leader in the region, a stronghold for peace and stability, echoing the election slogan of her Serbian Progressive Party (SNS).

“I assure you that Serbia will never allow a repeat of the March 17 events, nor operation Storm (which ended the war in Croatia), or any other exodus and crimes against Serbs anywhere in the region,” she said.

The anniversary of the violence was marked in the Gracanica monastery with a memorial service and several exhibitions of photographs and other art commemorating the victims and destroyed cultural and religious heritage.