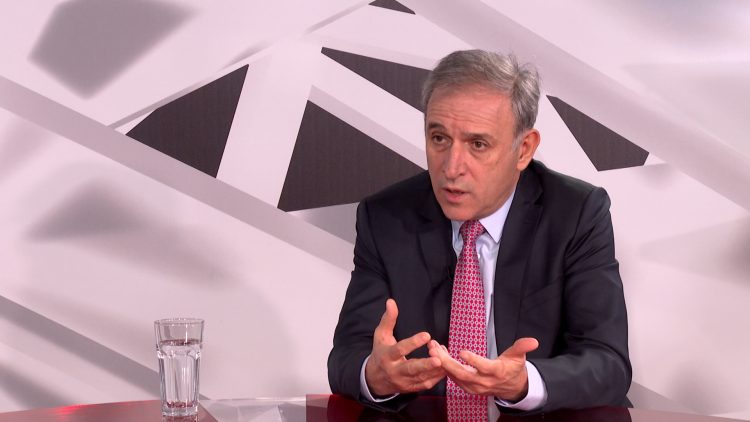 The opposition United Serbia coalition’s candidate for president Zdravko Ponos said on Friday that his policies include both the civic and the national.

“My policies include both the civic and the national. That is who I am and I think that the opposition column is the same since it includes movements and parties with heritages of both left and national, the moderate right and the left,” Ponos told Nova S TV. He added that there is no dilemma about his being a pro-Europe candidate.

He said that his political option represents the majority in Serbia. “That is majority Serbia and that is what Serbia needs – a wide spectrum of unburdened ideological differences at this moment,” he said. “We do not have the luxury of facing off over tax details when faced with the survival of Serbia. The question is what will be left for the public if these authorities remain in power for another term,” he added.

Ponos said that he went to Kosovo earlier this week to send the political message that Kosovo is an important element of Serbian national identity and that anyone who wants to tackle issue of national significance has to deal with it. He added that the Belgrade-backed Serb List represent the Serbian authorities not the Kosovo Serbs. “My program in terms of the Belgrade-Pristina negotiations would be to solve life issues for the people living in Kosovo taking into account everyone’s interest, including those of the Serbian state,” Ponos said.