Serbian PM: No talks or joint agreements with Kosovo PM 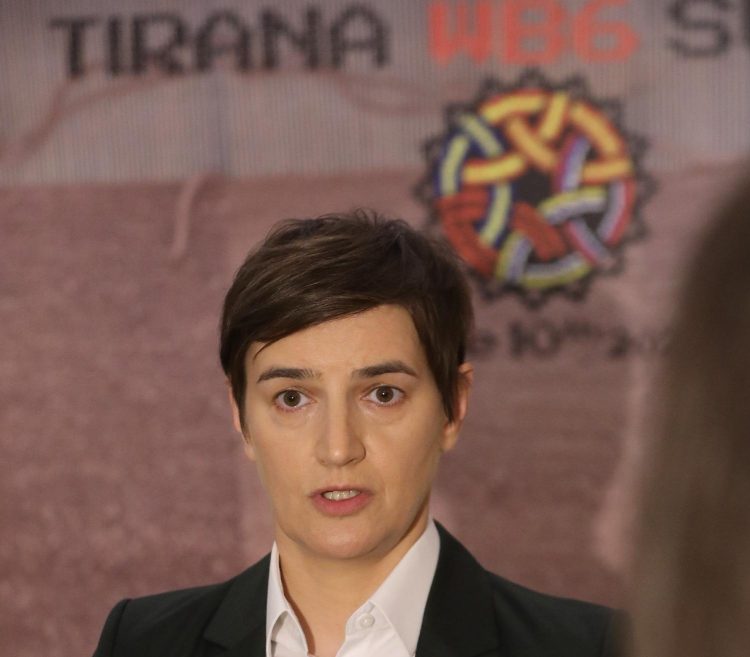 Brnabic reiterated that the meeting in Tirana was „very turbulent and difficult“ and that it was a preparatory meeting for June 15 in Brussels, which will be attended by Serbian President Aleksandar Vucic.

Asked how she commented on the fact that Kurti accuses Serbia of genocide, Brnabic said that he was „an ideological fanatic with zero pragmatism“.

„He threatens Serbia with genocide lawsuits every day. Let him file the lawsuit and then say what he wants, let him prove what he has, but don’t threaten us, especially not at regional meetings, because then he makes a circus out of them,“ she told TV Prva.

She assessed that, as far as Kosovo is concerned, „things are difficult and they will be more and more difficult“.

„The fact that we now have political elites in Pristina, people who do not want to talk, is a catastrophe for the entire region, and it will be extremely difficult for the president (Vucic) on June 15,“ she believes.

She also said that „there is no hope“ that a joint consensus will be reached with other parties on the issue of Kosovo because if such a thing would weaken Vucic, the leader of the Freedom and Justice Party, Dragan Djilas, would be on Kurti’s side.