Serbian PM: Nothing regarding Kosovo will be decided without the people 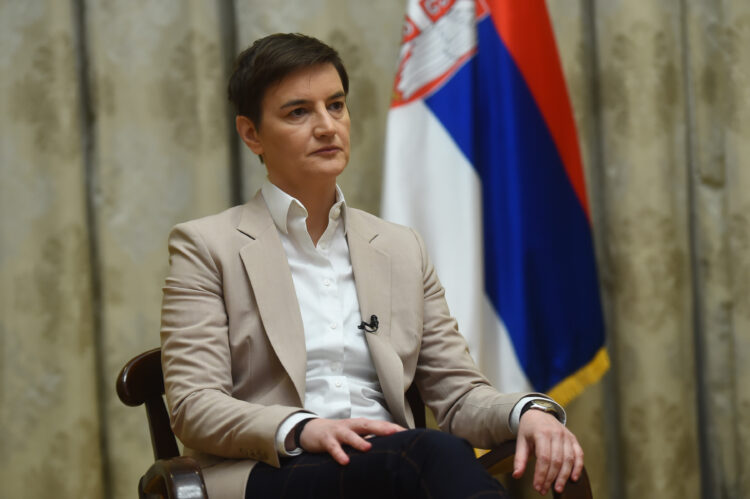 Serbian Prime Minister, Ana Brnabic, stated, regarding the situation in Kosovo, that the government is not hiding anything and that nothing will be decided without the citizens.

„It’s important for us to continue to fight for a strong Serbia in every aspect. We will communicate everything openly and transparently with our people, we will make all difficult decisions with our people, and we will bear all the responsibility,“ Brnabic told Pink TV.

According to her, since the Serbian Progressive Party (SNS) has been in power, everything has been done transparently, but when addressing the people Serbian President Aleksandar Vucic, „seems to moderate“.

„Vucic is often much more direct and explicit when he defends Serbia’s interests in closed meetings, behind closed doors, than when he says what he was saying,“ Brnabic said.

The Prime Minister accused the opposition that their negative reactions to the government’s moves to resolve the Kosovo issue show that they „start from themselves and from how they worked“.

She added that the citizens will once again be able to hear Serbian President Aleksandar Vučić talk about the talks he had with international negotiators, and that economic growth will also be discussed at the government meeting, to which Vučić is also invited, tomorrow.