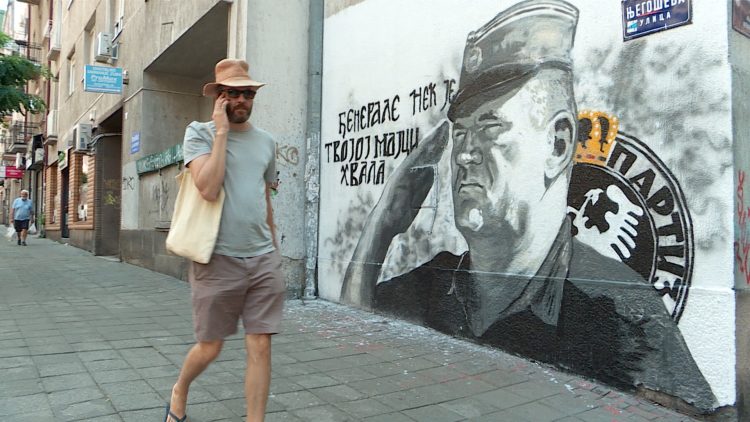 The Youth Initiative for Human Rights (YIHR) said on Friday that the Serbian police banned the removal of a mural of Bosnian Serb war-time military chief Ratko Mladic.

The removal of the mural in central Belgrade was announced a day earlier by the founder of the Humanitarian Law Center Natasa Kandic.

Internal Affairs Minister Aleksandar Vulin said that the ban is for both “the people who want to paint over the mural of General Mladic and the people who are guarding it”, adding that the call to NGOs from Bosnia-Herzegovina, Croatia and “something called Kosovo” to come to Belgrade is hypocritical and ill-intentioned. “Belgrade is a city of anti-fascists and winners and no one is going to change that through their evil. The gathering is banned,” he said in a statement.

According to YIHR, the police banned the gathering in an attempt to “deal with what is left of anti-fascist and peace traditions” instead of protecting civil rights. YIHR said that it feels that the ban suppresses public gatherings which are clearly opposed to hatred and opens the door to impunity and “the free terror of extremist groups”.
YIHR said that it would appeal the ban.