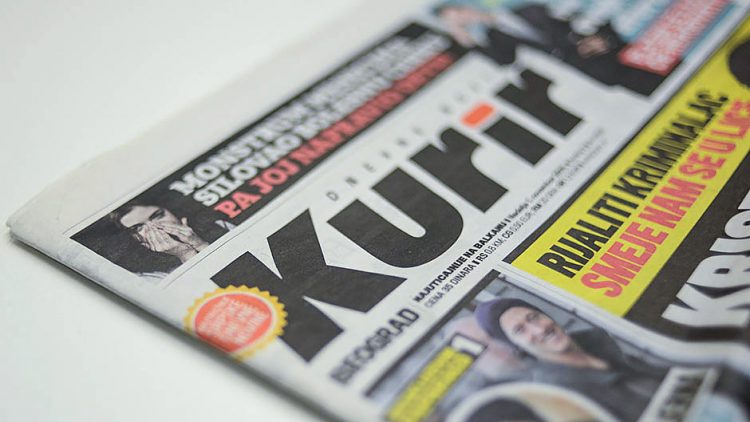 The offices of a pro-regime tabloid were evacuated in central Belgrade on Thursday following a bomb threat received by the police.

The Kurir tabloid said on its web site that the police ordered the immediate evacuation of the building which lies close to the Serbian parliament. Kurir is part of the Adria Media Group.

The tabloid said that it would call the embassies of all European states, the European Union Delegation, UN and OSCE missions to condemn the threat which prevented the tabloid staff from doing their job, inflicting damages on the company.

It said that this is not the first time that the building had to be evacuated, recalling that the Kosovo-online portal, which is in the same building, received a bomb threat on May 29.