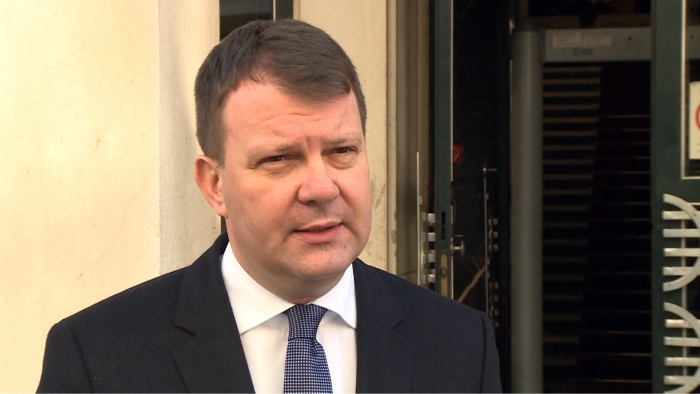 A senior official of the ruling Serbian Progressive Party (SNS) said on Monday that former Internal Affairs Minister Nebojsa Stefanovic bears responsibility for failings in the investigation into the Belivuk organized crime group.

“It’s very clear that the ministry made a number of mistakes in the past. It’s quite certain that Nebojsa Stefanovic as the Internal Affairs Minister bears responsibility for the activities of his associates,” Igor Mirovic, head of the Vojvodina Provincial government and SNS official, told Vecernje Novosti daily.

Stefanovic, once one of President Aleksandar Vucic’s closest and most trusted associates, was replaced as Internal Affairs Minister and rotated to the Defense Ministry a few months ago following allegations that he knew or was involved in the wire-tapping of Vucic’s phones. His close associate and former ministry State Secretary Dijana Hrkalovic was questioned as part of the investigation into the wire-tapping scandal but has not been indicted to date. There have been claims and rumors that Stefanovic and Vucic had a falling out and that the minister allegedly has compromising recordings or other evidence of illegal dealings. Both Stefanovic and Vucic have made statements in public denying any conflict between them. Stefanovic was replaced by Aleksandar Vulin who is also a close and trusted associated of the president.

“We have to always be a step ahead of criminals and can’t allow any organized crime group to grow strong ever again,” Internal Affairs Minister Aleksandar Vulin said during a visit to the police department in the city of Kraljevo.

Mirovic said that the failing were the fault of individuals in the Internal Affairs Ministry who he divided into people in direct contact with the Belivuk group, others who kept quiet and a third group who he said were incompetent.

“The main issue is whether we as a state are capable of processing the first group, removing the second group from the ministry and punishing the third group,” Mirovic said.