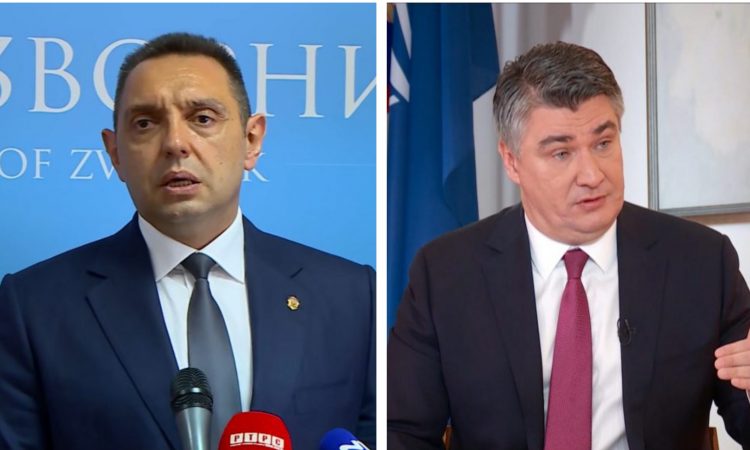 Serbs in Croatia can be at peace; no one looks at them as the country's President Zoran Milanovic, Serbia's Interior Minister Aleksandar Vulin said on Thursday.

„When Milanovic and (Montenegro’s President) Djukanovic meet, we know that Serbs will be guilty of something, and (Serbia’s President Aleksandar) Vucic will be under attack for anything,“ Vulin said in a written statement, commenting Thursday’s meeting between Milanovic and Djukanovic in Zagreb.

Vulin added that „so many complexes have not been seen in one place for a long time, so they have nothing else to do but comment on the statements of Aleksandar Vucic, which he has never given.

Milanovic was reported as saying he did not „invite Croats in Serbia to wave Croatian flags“, referring to the celebration of ‘Day of Serb Unity, Freedom and Flag,’ on Thursday. Vucic called on the Serbs everywhere where they lived to show unity by displaying Serbia’s flags.