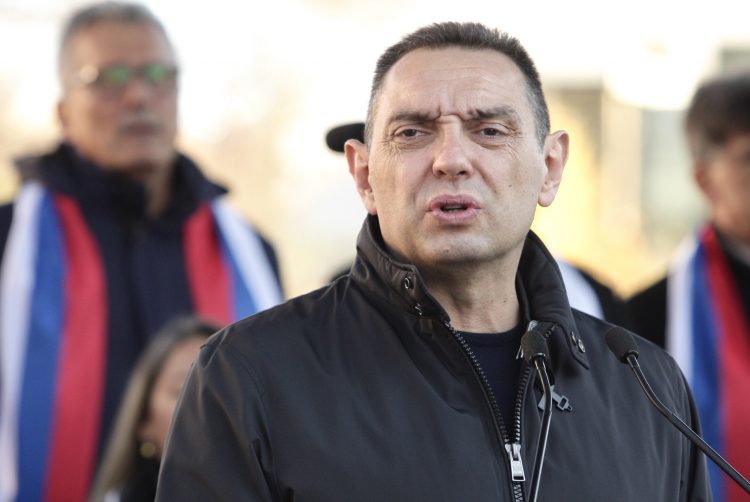 Aleksandar Vulin, Serbia's Interior Minister, said on Monday the 'Greater Albania' was the greatest danger for the peace in the Balkans, but that "the creation of the 'Serb World' was a sacred need for the Serbs to know they are not left alone."

Commenting on Kosovo’s Prime MinisterAlbin Kurti’s statement about the creation of ‘Greater Albania,’ Vulin said it was „indicative that the West is silent about it.“

„Albanians have never made any independent decision in their history, and the silence of the West confirms that,“ Vulin said, answering journalists’ questions at the sidelines of the Interpol General Assembly in Istanbul.

He added that „Greater Albania“ was a threat to regional peace and stability because it attempted to solve the Albanian national issue by dismembering Serbia and then other countries in the Balkans.

According to him, the creation of the ‘Serb World’ was the only barrier to the establishment of ‘Greater Albania’ and that it would show the Serbs that they would not be left alone but would have Serbia’s protection and support.

He warned that the borders should not be changed and added that Serbia’s example should confirm such a principle.

„The West, which is silent regarding Greater Albania, should be even quieter when thinking about the ‘Serb World,’ Vulin said.

„What is allowed to Albanians cannot be denied to Serbs,“ he added.