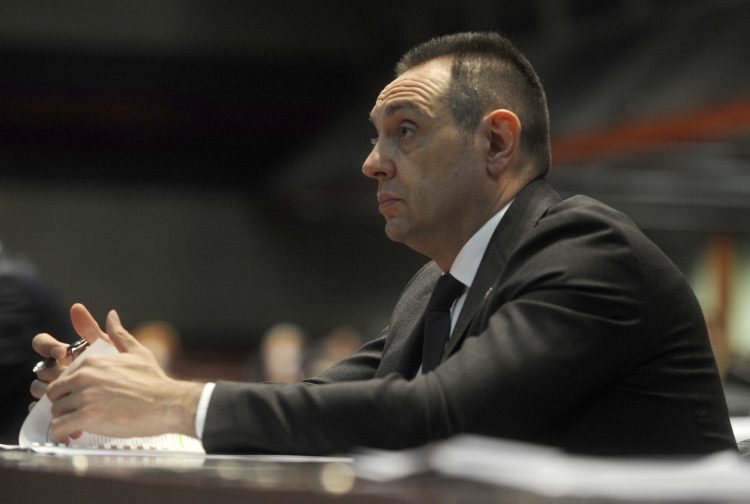 A statement from the Interior Ministry quoted Vulin as saying that „considering all the facts, President Vucic asked me to withdraw the draft law on internal affairs from the procedure. I will do it. That is my defeat, and I will bear consequences, but I also want to let the public know that I will continue to fight for a safe Serbia despite the (foreign) agents and their financiers. The draft law on internal affairs has been withdrawn; you will have to look for some other reason for the blood on the streets of Belgrade.“

Legal experts and opposition have slammed the draft law, warning about the possible abuse of special cameras for facial identification.

According to an expert website, „facial recognition is an analytics program that identifies and authenticates a specific person by their facial features from an image or video. The software uses biometrics to map the geometry of the face. It notes more than sixty facial landmarks.“

Vulin said that legal regulations of installing such cameras which could „recognise faces and silhouettes would immeasurably help the police solve murders and the most serious crimes.“

But, he added, „all Western NGOs, their financiers and bosses attacked it. “
He said that „by fighting against everything new in the security sector, murderers and thieves will be safer, and the police and citizens more insecure.“

The withdrawal came hours after Vulin praised the police work in recent events in Belgrade and warned the force would not allow street riots in the country.