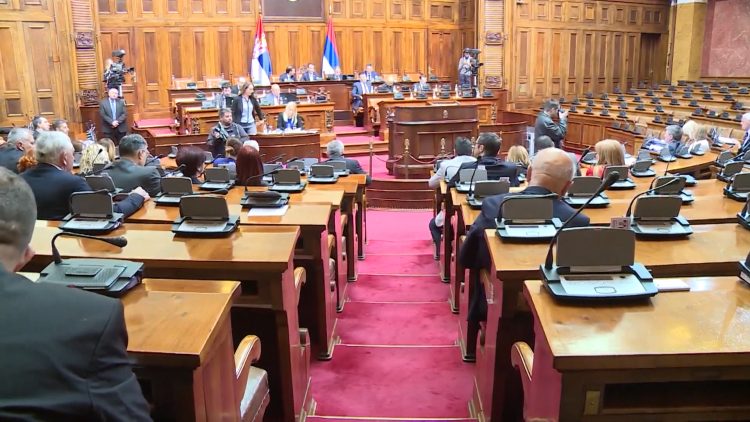 A day after a website named a potential opposition challenger to Serbia’s head of state Aleksandar Vucic in the next year’s presidential race, his party MPs on Tuesday again turned the parliamentary debate into an attack on political opponents and glorification of the President.

The Belgrade Nova daily cited its source on Monday, saying the retired general Zdravko Ponos, an official of the opposition People’s Party, stood chances to be the opposition presidential candidate.

On Tuesday, MPs accused him of destroying the Army of Serbia (VS), adding the Army was the weakest ever while he was the chief-of-staff.

Besides, an MP for the ruling Serbian Progressive Party (SNS) led by President Aleksandar Vucic, added „Vuk Jeremic, the head of the People’s Party and Dragan Djilas, the leader of the Party of Freedom and Justice (SSP) were the worst minister and Belgrade Mayor” respectively.

Ugljesa Mrdic said Ponos was the most outspoken critic of Vucic, “while the President and the Government record new results.”

At that time, Mrdic added, “the opposition seeks foreign help to oust Vucic.”

The MP listed alleged affairs he said the Interior Ministry (MUP) was investigating and added that “Djilas and his allies would never come to power because people don’t want them.

Other MPs from the SNS’s coalition and minorities’ parties dealt with different issues.

There are no opposition MPs in Serbia’s Parliament since the SNS main opponents boycotted the 2020 general elections.