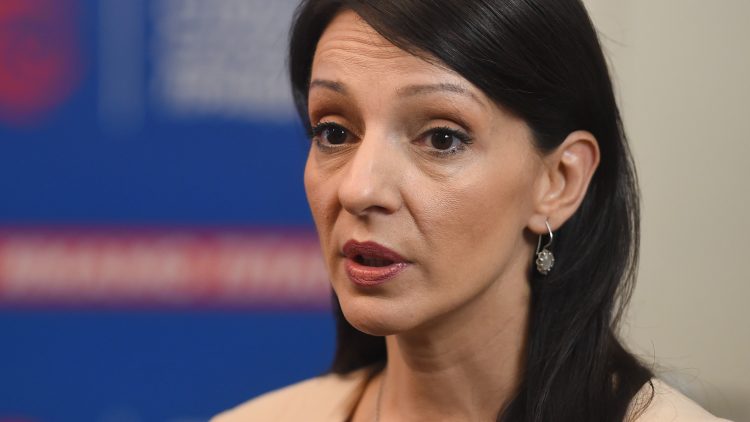 Marinika Tepic, a deputy leader of the opposition Party of Freedom and Justice (SSP), is the most popular politician in Serbia, according to her party's opinion poll conducted in May and published on Tuesday, with over a million people expressing an extremely positive opinion about her and her work.

Tepic is the most outspoken opposition politician and is responsible for discovering a series of high-profile affairs in the country.

The SSP opinion poll also showed that if the elections were on Tuesday, the turnout would be 69.1 percent, and the ruling Serbian Progressive Party (SNS) would win 41.1 percent of the votes.

„The Socialist Party of Serbia(SPS), SNS’ main coalition partner, would have the support of 6.7 percent, the opposition with SSP 32.9 percent. The percentage of those against the regime, but without an alternative, is 9.8, while the opposition parties seen as SNS likely partners after the elections would win 3.7 percent,“ the poll showed.

In a comment to the SSP opinion poll, Zorana Mihajlovic, a member of the SNS Presidency, said that „if you believe you’re so powerful and have such great public support, you shouldn’t care about other polls’ results. Take part in the elections so we can see the support you are bragging about. Or it’s really minor, and that makes you nervous.“

When asked about their view about Russia, China and the European Union, Russia had the best status with almost 70 percent positive and only 5.4 negative scores among the polled people.

„The EU has 33.3 percent positive, 35.7 negative points, and China is approaching Russia. As many as 64.6 percent of Serbia’s citizens have a positive attitude towards China, 10.2 percent have a negative opinion, and 25.2 percent are neutral toward that country,“ the survey showed.

More than 60 percent of the polled worry about the growth of indebtedness, and as many as 90 percent of people are concerned with pollution.

Over half of the respondents think the media are not free, 23 percent say they are, and 25 say they do not know.

People usually get information from TV – 41.5 percent, websites – 25.5 percent, social networks – 16.6, while others learn about news from friends.

SSP has not specified the sample or target groups polled, nor has it said what is the margin of error.