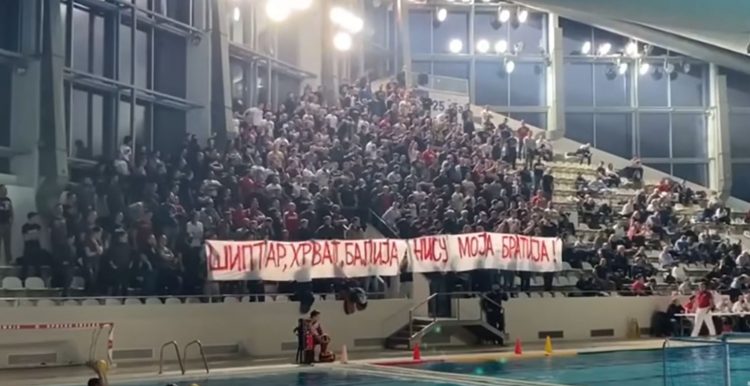 Serbia's Youth Initiative for Human Rights said on Monday it demanded a procedure against the Belgrade Red Star water polo fans for insulting the team's new coach Mirko Vicevic based on his ethnicity on February 5.

The Initiative added the fans violated the Law on Public Order and Peace and the Law on Prohibition of Manifestations of Neo-Nazi and Fascist Organisations and Associations and  Ban on Use Neo-Nazi or Fascist Symbols.

„By celebrating war criminal Ratko Mladic during a march through the central streets of Belgrade and with a chauvinistic banner and insults during a water polo match, members of the group sent a message to Vicevic that he did not belong to the ‘Serb world’ because of his Croatian origin,“ the Initiative said.

It recalled that same evening, that group published a video on the YouTube channel, and on February 6, it threatened everyone who protested their behaviour on Twitter.

The Initiative added that what was even worse was the absence of public condemnation by the Government and the relativisation of the incident by President Aleksandar Vucic, who told pro-regime Prva TV that „this is something that is happening in the entire region, but more pronounced by (Red Star) Zvezda.“