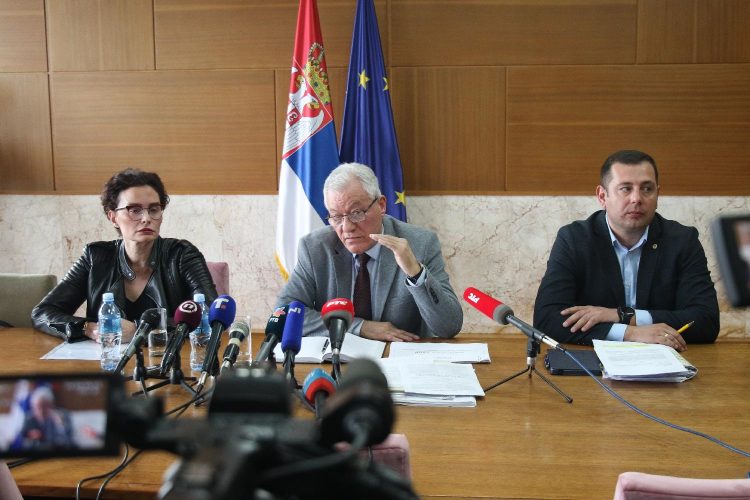 The Supervisory Body for Monitoring Electronic Media in Serbia during the election campaign began on Thursday to observe the public broadcaster RTS TV, other channels with national frequencies and N1 and Nova S.

But not all TVs.

Member of the Body Rade Veljanovski said that not all news channels would be monitored because the Body didn’t have the capacity to follow new electronic media such as Euronews and Tanjug.

The Body has noticed that TV channels give more air time to non-parliamentary parties in their news programmes.

The Bureau for Social Research, BIRODI, also monitors TV news programmes and says that until January 31 all televisions are becoming „the advertising space of President Aleksandar Vucic, while the only exception is the cable channel N1.“

Srdjan Miljkovic from the Regulatory Body for Electronic Media (REM) said that from January 16 to 31, the air time, number and percentage of non-parliamentary parties and political movements presentation on all observed media service providers had increased except on the pro-government TV Happy news programme.

While RTS, pro-regime Pink and Prva TVs dedicated about two hours each to the non-parliamentary parties participating in the upcoming elections on April 3. At the same time, N1 TV gave them a total of about six hours of air time.

Dražen Pavlica from BIRODI, warned that besides the quantity of air time, it was important how the topics were approached. According to him, for a long time now, journalists just set up a microphone and broadcast who says what without asking anything.

„The media, primarily those with a national frequency, have become a means of promotion and propaganda,“ Zoran Gavrilovic of BIRODI, added.

„And as a reaction to that, you have a passive public, a hybrid public, bots’ factories that serve to imitate the public,“ he said.