Svecla: Some of the criminals are former Kosovo police members 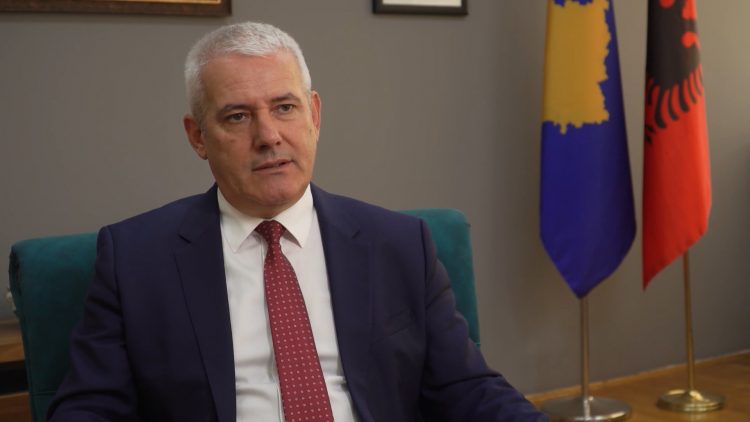 Kosovo's Internal Affairs Minister Xhelal Svecla told a media conference on the Tuesday incidents in Zubin Potok and North Mitrovica that, according to preliminary information, some of the “criminals are from the ranks of former Kosovo police members.”

Accompanied by the Kosovo police, members of municipal election commissions in north Kosovo on Tuesday tried to enter the offices of the Municipal Election Commission in the north but were prevented from doing so by the local Serbs.

There was shooting and explosions on Tuesday in Zubin Potok and north Mitrovica. The Kosovo police said the demonstrators demolished the offices of the Municipal Election commission, Koha reported.

Svecla said Tuesday that Kosovo police officers accompanied the members of the Central Election Commission in Zubin Potok and northern Kosovska Mitrovica in order to help them “functionalize their offices in these two municipalities” as part of the preparations for the December 18 early local elections, Kossev reported.

Head of the Serbian Government for Kosovo Petar Petkovic accused Kosovo Prime Minister Albin Kurti of sending police with rifles “to forcefully try to prepare the terrain for his illegal elections”.

Commenting Tuesday’s incidents, Svecla said that “criminal gangs obstructed one of the most important, democratic processes in a democratic country, using terrorist methods.”

“These groups, supported and directed by Serbia, once again proved that they are against the fundamental rights of the citizens of these municipalities to decide and elect their local leaders,” said the Minister, adding that “stun grenades, hand grenades and firearms were used in the attack.”

„In cooperation with the Special Prosecutor’s Office, the police characterized this case as endangering the constitutional order, inciting terrorist acts, committing terrorist acts, arson and unauthorized possession of weapons. The police and the Special Prosecutor’s Office are doing everything to bring all the criminals involved in this terrorist attack on our institutions to justice,” said Svecla.