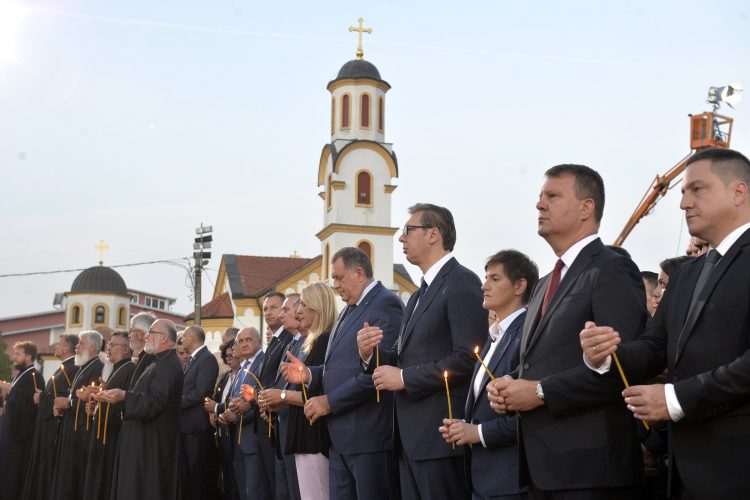 August the 4th is probably the most controversial topic in relations between Serbia and Croatia – the Serbs mourn the killed and expelled in the military-police Storm operation in 1995; Croats celebrate what they see as a final stroke to the four-year-long rebel Serbs' rule of some 25 percent of Croatia's territory.

On Wednesday, it was déjà vu.

Serbia’s President Aleksandar Vucic told the main commemoration of the ‘Storm’ operation held in the Belgrade Zemun district, „that columns (od refugees), murders and someone’s idea that Serbs no longer exist in Croatia are built into the Serbian identity.“

„I won’t apologise to those who killed dozens, hundreds of thousands of Serbs,“ he said, adding that „the Republic of Croatia celebrates this day as a day of victory. Victory over whom? Over good and modest, honest people. “

At the same time, some 700 kilometres away, in Knin, once the capital of the Republic of Srpska Krajina and the heart of the Serb rebellion against Croatia’s independence from the then Yugoslavia, Croatian President Zoran Milanovic decorated the heroes of „Victory and Homeland Thanksgiving Day and War Veterans Day.“

„We are here tonight and tomorrow to rejoice in our successes, not over other people’s defeats. A lot of blood and heavy feelings fell for this to turn it into jubilation. We are here to honour some of the best among us. These decorations are not meant to hurt anyone but to emphasize the correctness and greatness of our journey. This city was both holy and cursed in a way,“ he told the crowd.

Back to Belgrade, Vucic slammed the 1995 authorities, who he accused of being ashamed of the Krajina refugees and „closed the roads for other Serbs not to see them. It must not happen ever again.“

Three years later, in 1998, the ultranationalist Serbian Radical Party (SRS), whose member Vucic was, joined the same government he condemned on Wednesday, led by Socialists of the then Serbia’s strongman Slobodan Milosevic, later indicted of war crimes.

The Serbian Orthodox Church (SPC) Patriarch Porfirije addressed the commemoration, praying for peace and remembering the victims. He said, „one should not be angry and should pray to God to accept other tragically killed victims in his heart, no matter what religion or nation they belong to.“

Milorad Dodik, a member of Bosnia and Herzegovina’s tripartite Presidency, said that „the suffering of biblical proportions of the Serbs from the region that happened for the second time, is remembered today.“

He alluded to WW II and the Croatian Nazi puppet state’s concentration camps where many Serbs, Jews and disloyal Croats were killed.

If in nothing else, one of Serbia’s opposition parties agreed with the authorities in remembering the ‘Storm’ operation as „the largest ethnic cleansing in the modern European history,“ adding the whereabouts of 1,183 people, mostly civilians, were still unknown.“

„The Freedom and Justice Party believes that the Storm anniversary is an opportunity for strategic reflection for all the peoples of the Western Balkans who must turn to the future, European values and good neighbourly relations and never again allow extreme political elites to drag them into wars and crimes.,“ the party’s statement said.

It added it was Serbia’s obligation „to support the political representatives of our people in Croatia in that.“

It is believed that during the 1955 Storm operation, some 200,000-250,000 Serbs fled Croatia in front of advancing police and army troops, while over 2,000 people are said to have been killed or still missing. 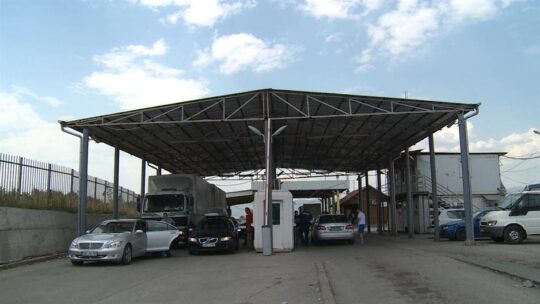