Ukrainian Ambassador: We are grateful to Serbs for humanitarian support 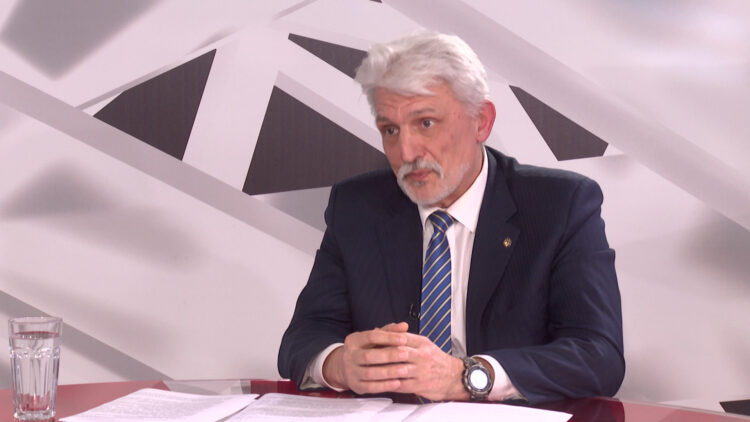 Ukrainian Ambassador to Serbia Volodimir Tolkach told N1 TV's show Behind the News that Serbia and its people have shown they are ready to provide humanitarian assistance to Ukraine. Maybe not political, but they have provided humanitarian support and we are extremely grateful to all Serbs, said Tolkach.

Regarding the issue of Kosovo, the Ambassador said that his country’s Parliament recognized Serbia’s integrity back in 1999 and that this position remains unchanged.

Tolkach said that all world countries have been trying to determine themselves since the beginning of the war in Ukraine, including Serbia.

“What I can tell you is that it is difficult for us to live in this situation and balance between some political forces. It is difficult because today we need to determine ourselves, say where we are, on one side or the other. In this case, all states in Europe and all states in the world are trying to determine themselves, what side they will be on, one or the other, or maybe neutral. I think it’s a problem for all countries if we speak about international law” said the Ambassador.

He said it would be good if all countries supported Ukraine, which is attacked by Russia.

“We highly appreciate all the countries that support us, because most European countries are on our side.” said Tolkach.

He stressed that the Ukrainians find it difficult to understand why Serbia is not supporting them, adding that they would be glad if it did.

This is Serbia’s problem, it must decide on its own, but we do not wish to exert any pressure on it, Tolkach said.

Asked if he views Serbia as a friendly country, the Ambassador said that, historically speaking, Serbia is a Slavic state, and that they recognize it as a friendly, brotherly country. “But if one brother tries to kill another one, it is very difficult to understand why a third brother would not help us save our life,” he said.

Tolkach said Serbia’s failure to impose sanctions on Russia is an ethical issue, and added that, in the war in Ukraine, it is clear who the aggressor is.

I would understand Serbia better if it were to help us in this battle, he said. We have to try and build bridges between Ukraine and Serbia, we have to try to stay calm, composed and do all we can for the sake of our future, the Ambassador told N1, adding that Serbia and Ukraine have the same goal, and that is European integration.