Vucic confirms he will attend EU-Western Balkans Summit after all 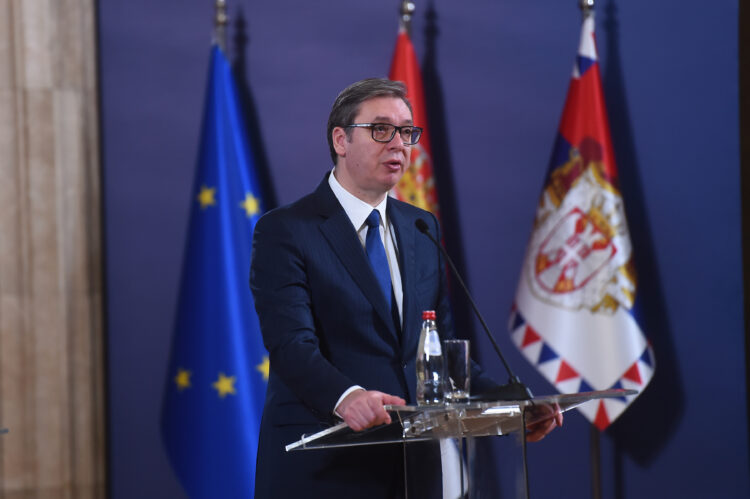 Serbian President Aleksandar Vucic confirmed that he will be travelling to Tirana after all to attend the European Union (EU) – Western Balkans Summit on December 6 because, in the opposite, “great harm” would be caused to the state.

„There will certainly be some benefits from my going to Tirana. If I didn’t go, that would cause great harm to our country. Perhaps, by not going, I would show that my vanity is stronger and greater, but the damage would be greater if I did not go. In terms of attracting foreign investments and other things,“ said Vucic.

He added that he discussed this trip with all his associates and with Prime Minister Ana Brnabic, and noted that this decision is not a matter of his vanity or emotions, but one of whether there would be some benefit or damage for Serbia.

“Sometimes emotions simply overwhelm a person and you don’t know how to react when someone is constantly producing crises for months. It just happens to a person, I am only flesh and blood, that you react emotionally. And everything I said was true. Because I am not, as many think, crazy, or drunk or insane, and I am not entirely stupid,” said the Serbian President.

Vucic said “there will be many good things for the citizens” in Tirana regarding roaming, EU budget aid of 165 million euros for energy and other things, but that it will be difficult for him if he is made to listen to the story about “the two sides” regarding Kosovo.

“Because there are no two sides there. We did not do anything, we were just looking to save the lives of our people there… In talks with (EU Special representative) Miroslav Lajcak I said that the Community of Serb Municipalities (CSM) is something that cannot be skipped. First the CSM and then talks on all other issues. I told Lajcak this and I will tell this to everyone tomorrow,” said Vucic, adding that he does not expect pressure regarding Kosovo to ease which is why he believes it is important that he be in Tirana.