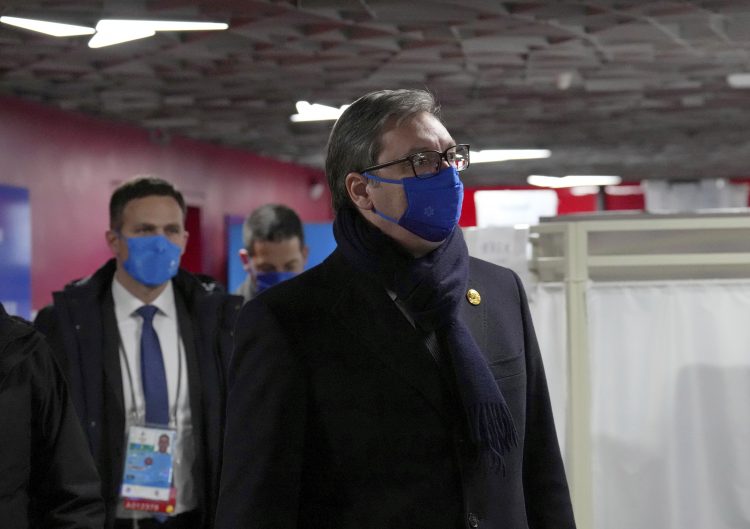 Serbia’s President Aleksandar Vucic said in Beijing on Saturday that he conducted important talks with his Chinese counterpart Xi Jinping on a number of important issues, including a free trade agreement between the two countries, and that China’s President will visit Serbia as soon as the coronavirus situation improves.

„We talked about strategic issues, mutual support, preservation of territorial integrity in international institutions and organizations – that is very important for our country because of Kosovo and Metohija,“ Vucic told RTS, adding that other issues were discussed as well.

“For us, the issue of the Free Trade Agreement is very important and when we talk about it, it is not only a question of our agricultural producers, our winemakers and winegrowers, brandy producers and others so they can sell their large quantities in that demanding but largest market in the world which is China’s, it is also a question of bringing in new investments,” Vucic states.

He said that it is important for the West and other parts of the world as well, because if they know that Serbia has a Free Trade Agreement with China, then the country will be seen as the best place to invest in that entire part of Europe.