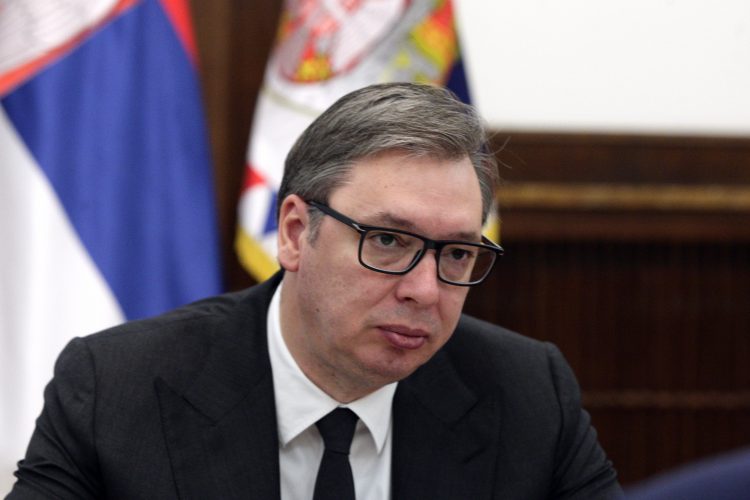 Serbian President Aleksandar Vucic said on Wednesday that he can’t be bothered by the claims in the allegedly classified document published by Radio Free Europe.

Radio Free Europe said on Tuesday that it was granted access to a classified European Commission document which predicts possible steps that Serbian President Aleksandar Vucic could take to continue his political balancing act. “European intelligence services drew up an analysis which said that President Vucic is trying to take steps on the domestic and international scene to postpone his break with Russia and has continue winning concessions from the West,” RFE said.

Vucic said that the alleged document is offensive to the people mentioned in it. RFE said that the document mentioned opposition Party of Freedom and Justice (SSP) leader Dragan Djilas in the context of his alleged “behind the scenes cooperation with Vucic and his role as a Trojan Horse bringing discord to the opposition and weakening them”.

“This shows their attitude towards the opposition,” the Serbian president told reporters in Ohrid where he is taking part in the Open Balkan Initiative summit. He said that those reports should be not be trusted completely.

The SSP sent EU High Representative Josep Borrell a note requesting confirmation of the authenticity of the report that RFE claims to have seen.