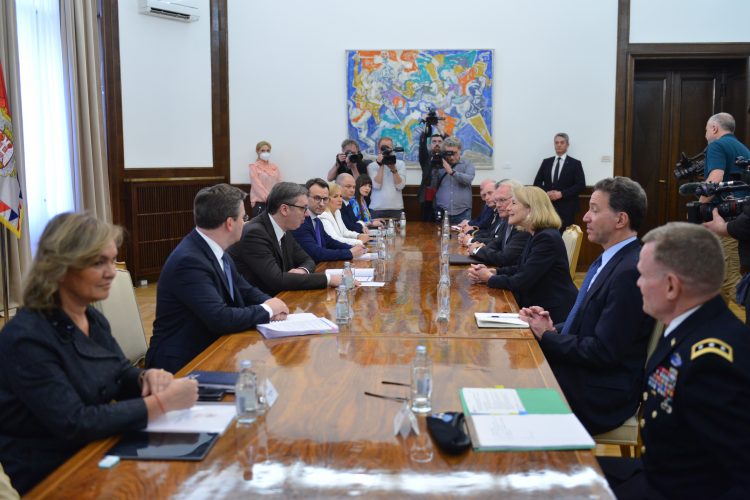 It said that they also discussed Serbia’s stand on the situation in Ukraine and the diversification of energy sources in the country and the Western Balkans.

Vucic is quoted as saying that the stability of the region is of key interest to Serbia, adding that the constant improving of good neighbor and mutually beneficial cooperation is the basic and unchangeable starting point of Serbia’s foreign policy. He singled out the Open Balkan initiative as an example of good cooperation saying that it is the best way to prepare to countries of the region for accession to the European Union, the press release said.

It said that they exchanged views on the Belgrade-Pristina dialogue and agreed that all open issues in the dialogue must be resolved under EU auspices to find compromise solutions.

“Our side has met its obligations but Pristina is persistently avoiding its obligations. The forming of the Community of Serb Municipalities has not been launched nine years after the Brussels Agreement was reached,” Vucic said and added that Belgrade remains fully committed to the dialogue as the only way to resolve open issues and reach a mutually acceptable agreement.

Donfried is quoted as saying that the United States strongly urges EU membership for all the countries of the region as one of the priorities of American foreign policy in the region.

She welcomed the Open Balkan initiative and Serbia’s intention of placing economic issues in the focus of regional cooperation, saying that the initiative is an opportunity to promote the investment potential of the region.