Vucic: I am proud of achievements in the past ten years 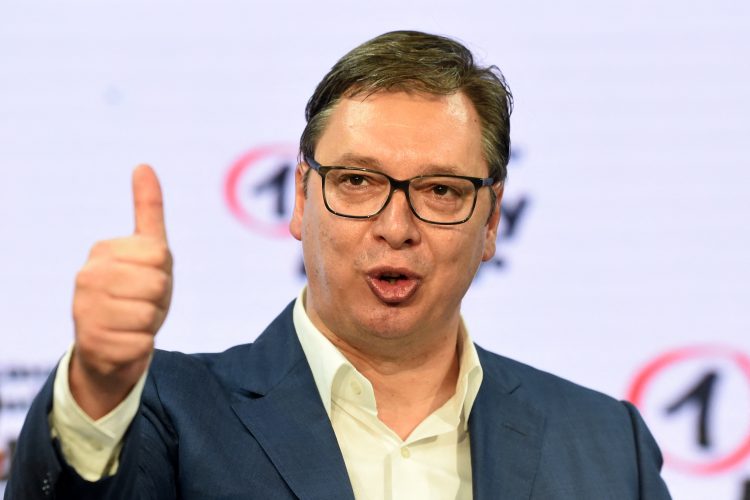 Serbian President Aleksandar Vucic said Serbia made huge steps in the past 10 years, since he came to power, and added that he was proud of these results because the country is nothing like what he inherited in 2012.

The President said the average salary in 2012 was around 330 Euro, or twice lower than the current average, that Serbia built more motorways in the past decade than in the past 50 years, and more hospitals than in the past 60 years.

“Serbia has modernized and changed and it has shown that it can be a country of success, not one of failure and misfortune. We have had peace and stability and huge economic progress with fiscal consolidation. The public debt is 53.6 per cent, and right in the middle of the coronavirus and war on European soil,” Vucic said.

“Most people will say: I’m sick of that arrogant scum’, and I don’t have a problem with that. But in the end it always shows that people are happy over the results that we have achieved, and this shows in all elections,” Vucic said, adding that it was important to continue on the path of peace and stability, further modernization and industrialization.

“Together with Republika Srpska we have managed to start marking what others were ashamed of. From Jasenovac and Storm Operation victims. But also not to hide that there are places where some other peoples perished for which some of our people are responsible, because this is the only way to build the future,” Vucic said.

The first Government that included the Serbian Progressive Party (SNS) was sworn in on this day in 2012. In addition to the SNS, the governing majority also comprised the United Regions of Serbia and the Socialist Party of Serbia (SPS) whose leader Ivica Dacic was the Prime Minister. The then SNS acting president Aleksandar Vucic was the First Deputy Prime Minister and Minister of Defense.

In the May 6, 2020 elections the SNS won 24.04 per cent of the vote and its then leader Tomislav Nikolic beat Democratic Party (DS) leader Boris Tadic in the presidential runoff, paving the way for the SNS to form a governing majority.

When he was elected president of the state Nikolic resigned as SNS leader and Aleksandar Vucic was first appointed as acting party leader and, in September 2012, he was formally elected SNS leader.