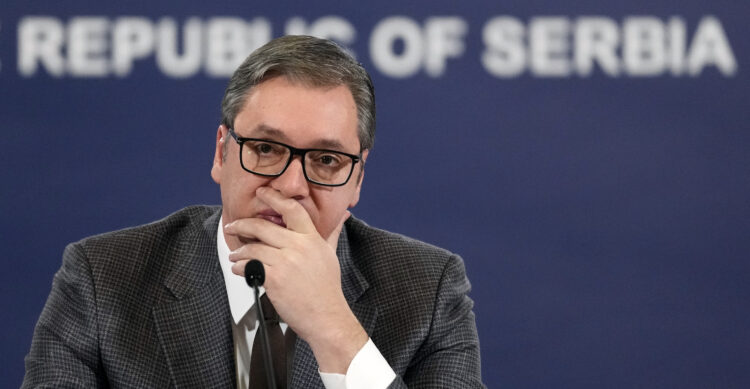 Serbian President Aleksandar Vucic said he regrets that some opposition parties refused to accept his invitation to consultations on the European proposal for resolving the Kosovo issue. He said he would attend the Parliament session on Kosovo which it to be held in the coming days and answer all questions.

In a video posted on his Instagram account Vucic said that, two days ago, he told the people the truth about all the problems Serbia faces regarding Kosovo and Metohija (the official name for what the Serbian authorities consider to be the country’s southern province).

“I hid nothing from you. I told you in what ways and how much we fought and how we intend to fight for our country’s future,” said the Serbian President.

Vucic noted that he had offered all political actors talks and consultations on the European proposal for resolving the Kosovo issue.

“To also inform them about the pressures and all the things Serbia is faced with. They said they do not want to talk, or at least a good part of them, but that they want a public event, a show for their political action. I regret that they did not understand that the state is more important than the political interests of any party, of any one of us,” said Vucic.

He said he would attend the Parliament session on Kosovo nevertheless, which is to be held in the next few days.

“Respecting the Parliament, it is my obligation to meet all their demands – I will appear in the National Parliament, answer all questions, and fight for Kosovo and Metohija, and for our Serbia,” added the Serbian President.

Vucic said Monday that European Union (EU) and US envoys told him that Serbia will face serious consequences if it refuses to accept the European proposal for resolving the Kosovo issue.