Vucic: I said the same about sanctions in Tirana as I tell our people 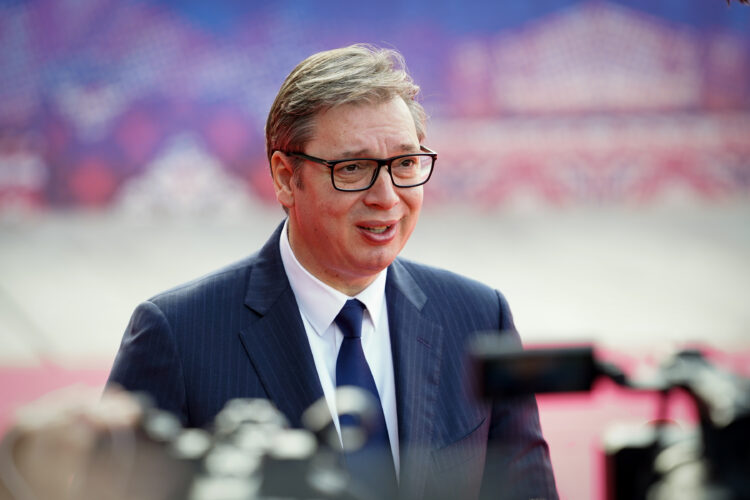 Serbian President Aleksandar Vucic, who attended the European Union (EU) – Western Balkans Summit in Tirana on Tuesday, said the talks in Tirana were never more open and frank, and that it was good that he was there, while he also admitted to making a mistake when he said that he would not attend the Summit.

The Serbian President said he told the Summit participants that the attitude toward sanctions is primarily the attitude towards the citizens of Serbia. „I said – Russia imposed sanctions on Serbia in 1992, and Serbia hasn’t – it is a matter of respect toward us, all that we went through for nine years while putting up with the sanctions – we saw that they bring nothing good to the people, and it is unnatural for us to be the ones who will participate in that policy,” said President Vucic.

Vucic told the media following the Summit that he is glad he had the opportunity to listen to and hear the other Summit participants, adding that the talk was open and candid when it comes to relations between the Western Balkans and the EU.

We talked about concrete issues, the support of 165 million euros for Serbia until the end of the year related to the energy sector, the reduction of roaming costs, but also about strategic issues – everything that awaits us, measures to harmonize the visa policy and other issues, said Vucic, stressing that it was good that he went to Tirana.

The Serbian President said he had bilateral meetings with the Italian, Dutch and Belgian prime ministers, and that he had a long talk with French President Emmanuel Macron as well as with the Hungarian Prime Minister, Viktor Orban.

“I talked to almost everyone from the EU and with the people from the Western Balkans. There are many topics ahead of us, there is a lot we need to do in the area of the rule of law, energy was the focal issue – of course we were, too, regarding the sanctions and I think that everyone agreed that I was open, honest and frank, I said the same thing I say to our people… In a language without twisting anything, I showed them documents and pointed to the facts,” said Vucic.

I am not ashamed to say that I made a mistake in my first assessment – it is important that we attended, he reiterated.

The President added that there are no deadlines mentioned in the new proposal on the Belgrade-Pristina dialogue, stressing that the important thing is to preserve peace and stability.