Vucic: Let me kick Rio Tinto out of Serbia… will you secure billion euros? 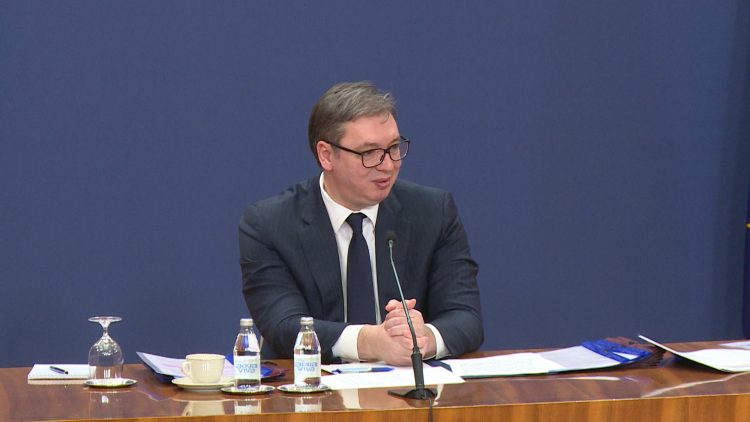 Serbia's President Aleksandar Vucic said on Friday that preserving peace and stability in the region, energy stability and improving the health system were key challenges his country would face in 2022 and asked who would provide a billion euros if Rio Tinto was expelled from Serbia?

Speaking about the protests aiming at expelling Rio Tinto company from Serbia and preventing it from mining lithium in the west of the country, Vucic charged that „those who call for protests today committed themselves to it through Great Britain“.

„There is nothing fair in all this. Let me kick out Rio Tinto tomorrow. Can you provide billion euros we should pay for what? Or should we find a better way to solve the problem? It is important there is a moratorium; Rio Tinto has no further activities. We will see what will happen next,“ Vucic told the pro-regime Novosti daily.

Speaking to K1 TV later on Friday, Vucic reiterated he would not run for the head of his Serbian Progressive Party (SNS) and that he had four potential candidates in mind.

He said he would explain reasons for stepping down in May “because I don’t want to endanger Serbia’s future and my party victory (on April 3 early general elections) with what I will say.”

Vucic indicated he would run for president in April, adding that would “for sure” be his last mandate if he won. Under the Constitution, a president can have two mandates in a row.

He earlier suggested several times he might not seek the second term.

Vucic told Novosti he was worried about the situation in the region and „external pressures“, but that he was „completely calm, happy and satisfied“ about Serbia’s economy.

„Serbia has been the most successful in the whole of Europe in the last two years,“ he said.

He reiterated that the so-called ‘Serb world’ was not Serbia’s official policy, but that meant „a care for the Serb people“ is.

Interior Minister Aleksandar Vulin told Novosti on Friday that the ‘Serb world’ was „a key for survival“ of the Serb nation.

Vucic added: „There is nothing wrong with that, and no one can criticize that. What is the problem with giving (Montenegrin town with a large pro-Serb population) Niksic two million euros? And it was not the ‘Serb’ world when we gave five million to (Bosnian towns of) Srebrenica or 1.3 million to Drvar.“