Vucic: NATO to react within 24 hours 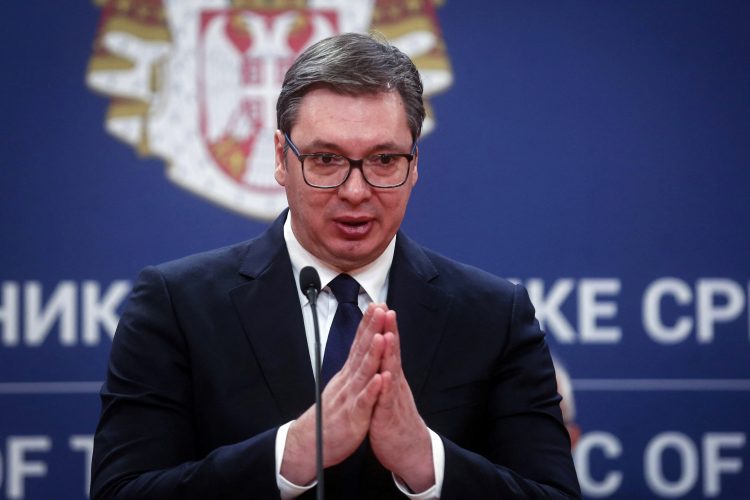 President Aleksandar Vucic gave NATO 24 hours to react if violence breaks out against Serbs in Kosovo, but added that Serbia wants to resolve the situation peacefully.

Vucic said that he told NATO Secretary General Jens Stoltenberg that Serbia has not entered Kosovo because it does not have that right under the Kumanovo Agreement (which ended the NATO air campaign in 1999) and subsequent agreements. Serbia will not send troops into Kosovo because it wants to resolve things peacefully, he added. The situation along the Serbia-Kosovo border has been tense for a week after the authorities in Pristina decided to refuse entry to vehicles with Serbian license plates following the expiration of an agreement under which Republic of Kosovo (RKS) plates were not allowed into Serbia. Temporary plates are being issued at the border.

Parliament Speaker Ivica Dacic said that the European Union has to say if it supports the Belgrade-Pristina Brussels Agreement which it mediated and whose implementation it guaranteed, adding that he does not want to end the EU-mediated Kosovo dialogue.

The Serbian President believes that NATO understood and would do everything to protect the Serb population of Kosovo. “We will wait 24 hours for you to react as NATO and if the pogrom against our population continues Serbia will react and will not allow a repeat of what happened in 1995 and 2004,” he said speaking during a live talk show on the pro-regime TV Pink.

Serbian Prime Minister Ana Brnabic said that Kosovo Prime Minister Albin Kurti dreams of expelling the Serbs from Kosovo, adding that the peace was preserved because Serbia has a strong military and security forces. “Otherwise, they would have captured the north of Kosovo and there would be no more Serbs there,” she said.

Vucic said that he was angry during his meeting with NATO and European Union officials on Sunday. “We have 14 MiG-29s. They thought I was joking. Doesn’t Serbia have the right to fly its helicopters or airplans in central Serbia? The EU officials did not get exited about the Kosovo police armored vehicles for a week but they did the moment that Serbia showed that it would not allow itself to be humiliated,” he said. According to Vucic, the ambassadors of the US, Italy, Germnay, UK and France would visit military units in southern Serbia following a visit by Russian Ambassador Botsan-Khrachenko.

He confirmed a newspaper report of plans to close crossings between Kosovo and parts of Serbia with ethnic Albanian populations. “We could have, the idea exists but I am against that idea,” Vucic said.