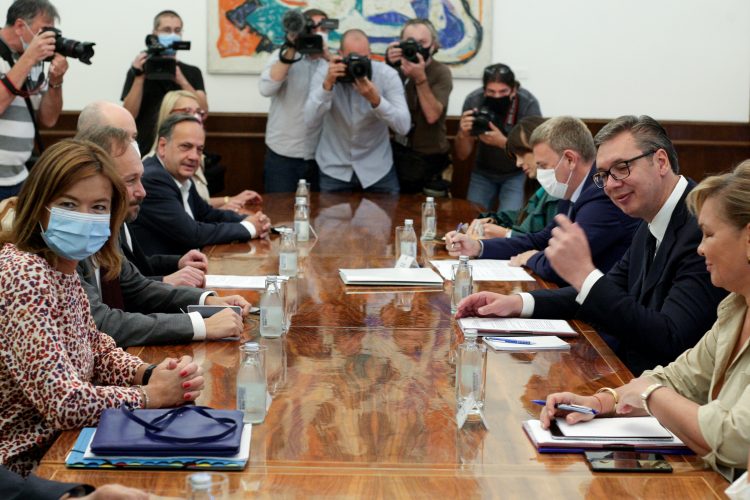 A press release said that Vucic told the meeting that he knows they had to listen to demands from all sides and added that improving election conditions is a constant process in democracies. “Representatives of all relevant state institutions have been ready from the start to hear constructive suggestions in order to create the election atmosphere in the adequate manner,” it said.

It quoted the meeting participants as saying the implementation of the results of the inter-party dialogue is of great importance and “expressed readiness to help with the pre-election process”.

“President Vucic expressed the conviction that the election process would be in line with the highest democratic standards and a serious and responsible approach to one of the most important processes in the functioning of the state,” the press release said. It quoted the European Parliament officials as saying the cooperation to date has been constructive.