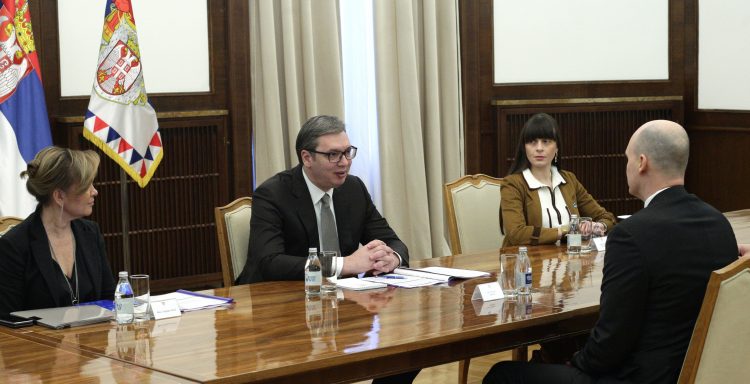 A press release quoted Vucic as telling Dusek, who was named as a Forum regional director, that the contacts with many people with influence on the global political and business scene at the annual meetings in Davos and the priceless knowledge and experience that participants bring from different parts of the world are of great benefit to Serbia, especially in the economic field. Dusek is a member of the World Economic Forum Executive Committee and deputy head of the Centre for Geopolitical and Regional Affairs.

The press release quoted Dusek as congratulating Serbia on its economic results and digitalization activities. It added that he expects the annual meeting in Davos to go ahead in January and that Vucic will take part in it again, especially the panel on the Western Balkans. Pro-regime media reported in the past from Davos that Vucic had meetings with a large number of government, banking and economy officials with opponents claiming that most of those meetings were unofficial.

The press release also quoted Vucic as thanking the Forum for helping set up the national Center for the 4th Industrial Revolution as part of a global network intended to secure cooperation between states and companies in developing and implementing technology.