Vucic: Serbia has never been in a more difficult situation regarding Kosovo 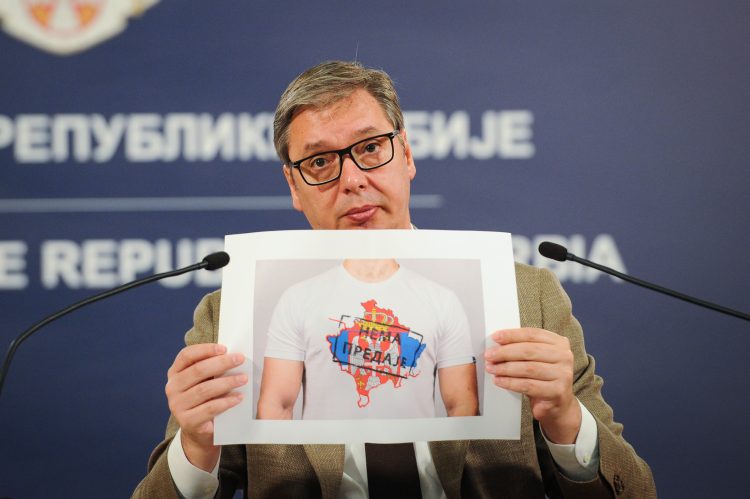 President Aleksandar Vucic said that Serbia has never been in a more complex and difficult situation regarding Kosovo than it is today. He announced that the authorities in Pristina are planning to stop all those who have Serbian IDs at the administrative crossings starting at midnight on Sunday.

„The situation for our people in Kosovo and Metohija is very complicated and complex (…) many people have reduced their attitude towards Kosovo and Metohija to sloganeering in which they say ‘Kosovo is Serbia’ and that’s all, but I don’t think we have ever been in a more complex and difficult situation than it is today“, said Vucic in his address to the public regarding the situation in Kosovo.

He said that the regime in Pristina is trying to take advantage of the overall situation in international relations currently.

„They made a decision to impose things they have no right to impose, primarily on the people in the north of Kosovo and Metohija. In advance, they sent their units with 21 tons of fuel and everything else to the administrative crossings of Jarinje and Brnjak, with the desire to stop all those who have Serbian identity cards. All this should start tonight at midnight, while at the same time they will be convincing the Serbs to give up KM plates,“ announced Vucic.