Vucic: Serbia will not join the EU any time soon 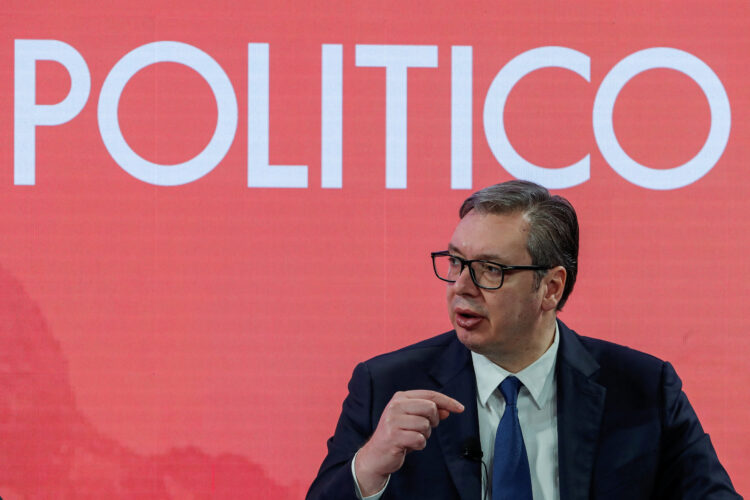 Serbian President Aleksandar Vucic said in Davos he was certain that Serbia will not become a member of the European Union (EU) any time soon and that he was slightly pessimistic about the possibilities of Serbia joining the EU.

“Not just Serbia but everyone else in the region. We are negotiating, but we will see. Our views differ from those of the EU,” Vucic told a World Economic Forum panel entitled Widening Europe’s Horizons, adding that Europe was more stable when (former Chancellor of Germany) Angela Merkel was in power.

The President said Serbia has made economic progress, and that it has been one of the four fastest-growing economies in the past three years. The question is how to maintain similar or ensure higher growth, he added.

There are no big dreams when it comes to EU accession, said Vucic.

“You are right, we are not as enthusiastic as we used to be, the EU is not enthusiastic either as far as we are concerned. Those are the facts, and all EU figures show, and I follow the figures in the region, that EU’s popularity in the region is dropping. Especially in North Macedonia and Serbia, even in Montenegro,” said the Serbian President.

He said this was expected due to political pressure on Serbia and North Macedonia regarding Kosovo and Metohija and the national identity issue, respectively.

Vucic said he knows that Serbia will not become a member of the EU any time soon.

The President said Serbia has not attacked anyone and that it does not intend to, and that it will continue to respect Ukraine’s sovereignty.