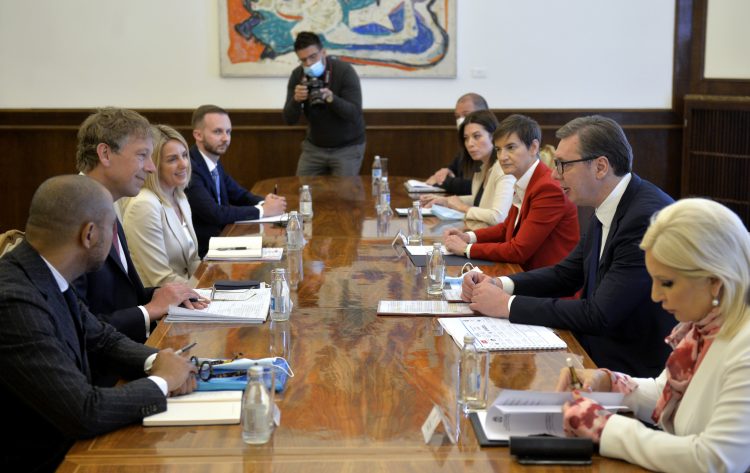 Serbian President Aleksandar Vucic met on Tuesday with a delegation of the Rio Tinto company whose activities in the west of the country have met with protests and claims of destruction of the local environment.

A press release said that Vucic met with CEO Jakob Stausholm to discuss those projects and “modalities of comprehensive cooperation which would not be limited to exploration and exploitation but also to the wider economic development of the Macva district and all of Serbia”. “All the projects in that area must meet the highest ecological and technological standards because there is no economic development without preserving a healthy environment,” Vucic is quoted as saying.

The Rio Tinto delegation told Vucic that a feasibility study would be completed by the end of the year along with a study on the effects on the environment once the exploitation of the jadarit mineral begins, the press release said and added that a total of 450 million Dollars would be invested in geological research, developing the processing technology, drawing up studies and drafting the project by the end of 2021. “Considering the fact that the site is one of the richest in lithium in the world, I expect a full chain of added value in cooperation with the state, not just for the district and the city of Loznica but for all of Serbia,” Vucic said.
Stausholm is quoted as saying that Rio Tinto is committed to long-term partnerships and mutual respect with the owners of the land, local community and Serbian government.