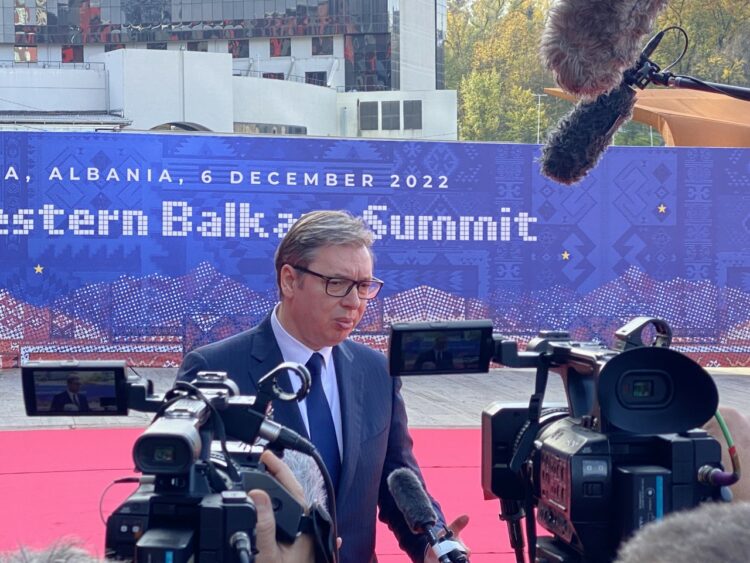 Serbian President Aleksandar Vucic told reporters in Tirana that his participation in the first European Union – Western Balkans summit is an opportunity to safeguard the country’s interests.

Vucic’s presence in the capital of Albania was uncertain for several days following the appointment of Nenad Rasic to a ministerial post in Kosovo government following the decision by the Belgrade-backed Serb List to quit the government and parliament.

Speaking before the summit opened, the Serbian president said that “it’s better to be at the table than on the table …. because when you’re on the table you are the menu”. He said that Serbia remains committed to the dialogue with Pristina and integration into the EU while protecting its national and state interests, adding that he is at the summit to explain Belgrade’s position and hear the views of EU leaders.

He said that he is a realist and that he is at the summit to listen to and learn from the people in the EU. According to him, the Serbian authorities know what they agreed to as part of the European integration process including alignment with EU decisions but added that Serbia’s territorial integrity was violated “in the worst possible way in 1999 and 2008”.

The president said that Serbia is being criticized for being close to Russia, adding that Belgrade refuted claims that it was preparing to cause instability in the Balkans under Russian instructions not with statements but through its actions.