Vucic to Erdogan: Ankara should continue support for Kosovo dialogue 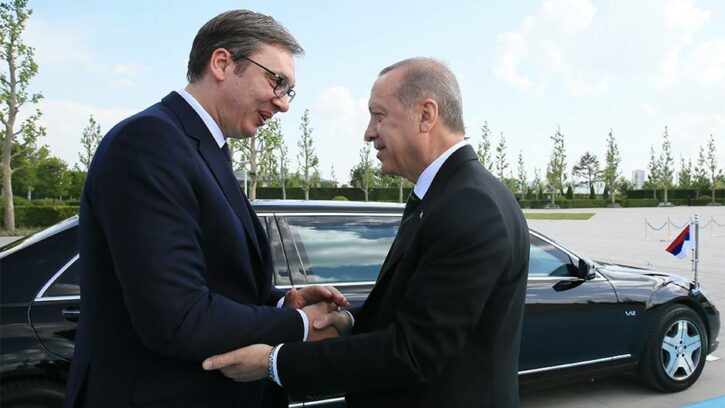 Serbian President Aleksandar Vucic told Turkish President Recep Tayyip Erdogan on Friday that he expects Ankara to continue its support for the Belgrade-Pristina dialogue as the only want to resolve the sensitive issue of Kosovo.

A press release from the president’s cabinet quoted Erdogan as saying that he fully supports the dialogue.

It added that Vucic offered help in dealing with the fires along the Turkish coast. Both presidents said that the two country’s bilateral relations are at a high level, especially economic cooperation. The press release said that they discussed the situation in the Western Balkans and global issues. Vucic also invited Erdogan to visit Serbia, it said and added that the Turkish president accepted the invitation.