Vucic: We managed to preserve the peace in the week behind us 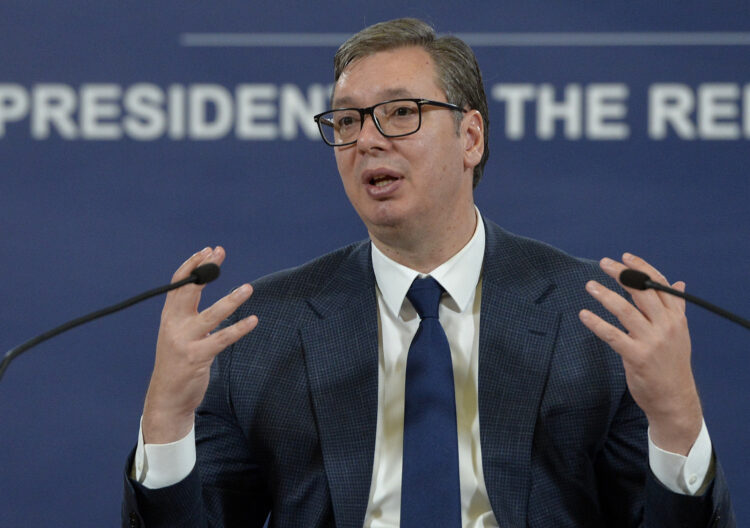 “I am proud that we managed to preserve the peace in the week behind us,” Serbian President Aleksandar Vucic posted on the Instagram account "buducnostsrbijeav", and he especially thanked Serbs in Kosovo and Metohija.

„I am especially grateful to our people from Kosovo and Metohija for showing that, after decades of terror, they are still fighting for their hearth, for children, for our future. I thank them for not being afraid and for proving that the sanctuary we are fighting for is greater than every threat and injustice they put in front of us,“ he wrote, summarizing the past working week, reports RTS.
He added that „our victory last week was the new German factory in Pancevo“.

„The strategic partnership of Serbia with Azerbaijan, which we confirmed during the visit of President Aliyev, the strengthening of traditional friendship and cooperation with Italy and France, which I discussed with their highest officials, as well as the fraternal ties of the people of Serbia and Republika Srpska, who can always count and rely on each other, are victories as well. And so, let’s move on, to new victories! Long live Serbia!“, he wrote.