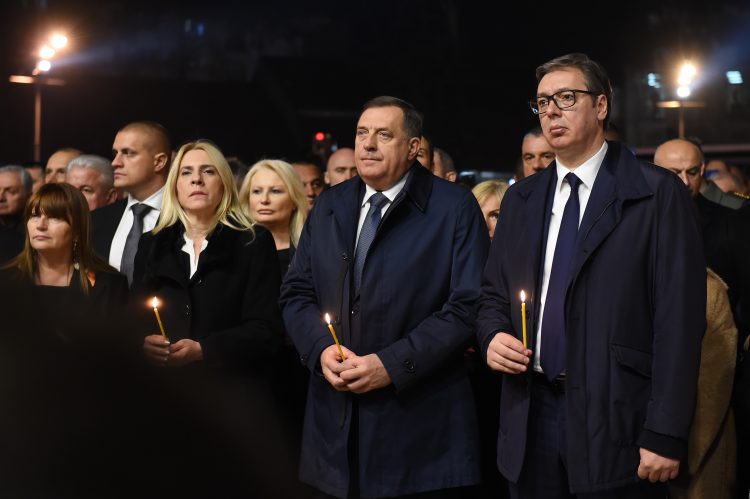 Serbian President Aleksandar Vucic told the central commemoration ceremony of the start of the NATO air campaign against FR Yugoslavia that the Alliance aggression will not be forgotten but that the authorities should talk with it.

He told the ceremony in the city of Kraljevo that official Belgrade should talk to NATO because “it is the only one that can provide security for the Serbs in Kosovo”. Vucic read out the names of the people killed during the air campaign, saying that they would not be forgotten because Serbia has a culture of remembrance.

The ceremony started with the head of the Serbian Orthodox Church, Patriarch Porfirije serving a mass for the dead. The Patriarch said that “19 states took part in the Cain-like crime, in the destruction of the Serbian people and church”. “We are here to pay homage to the victims and heal the wounds inflicted by organized inhumanity, wounds casued by Magnum Crimena committed against our Serbian Orthodox Christian people,” he said.