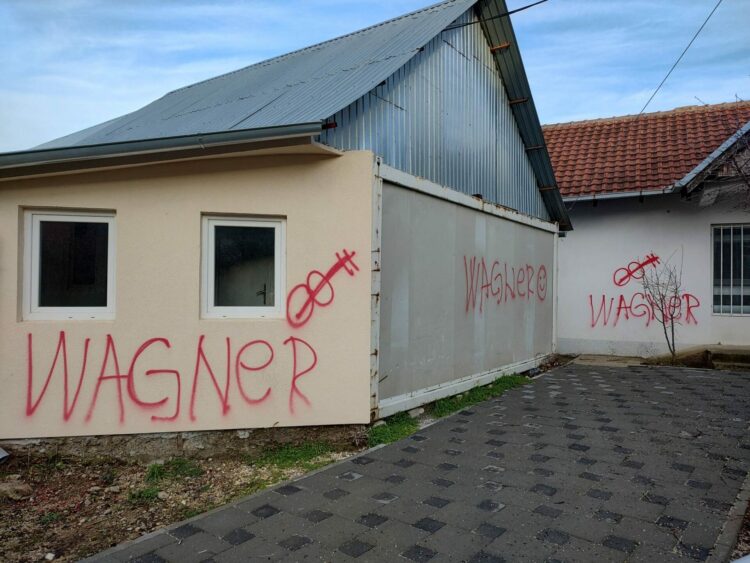 In its latest report the Kosovo Police recorded in north Kosovska Mitrovica and Zvecan cases described as “inciting of hatred and inter-ethnic division,” and a case of arson in Zubin Potok, north Kosovo.

The Kosovo Police was informed on Sunday about “Wagner” graffiti that appeared on buildings in the northern part of Kosovska Mitrovica and on traffic signs in Zvecan. Wagner is a private Russian military company engaged in Ukraine.

The perpetrators are unknown at the moment and the investigation is under way.

On Saturday evening a person reported a fire in their shop, which was characterized as arson. It was extinguished by the Firefighting Department and is being investigated.